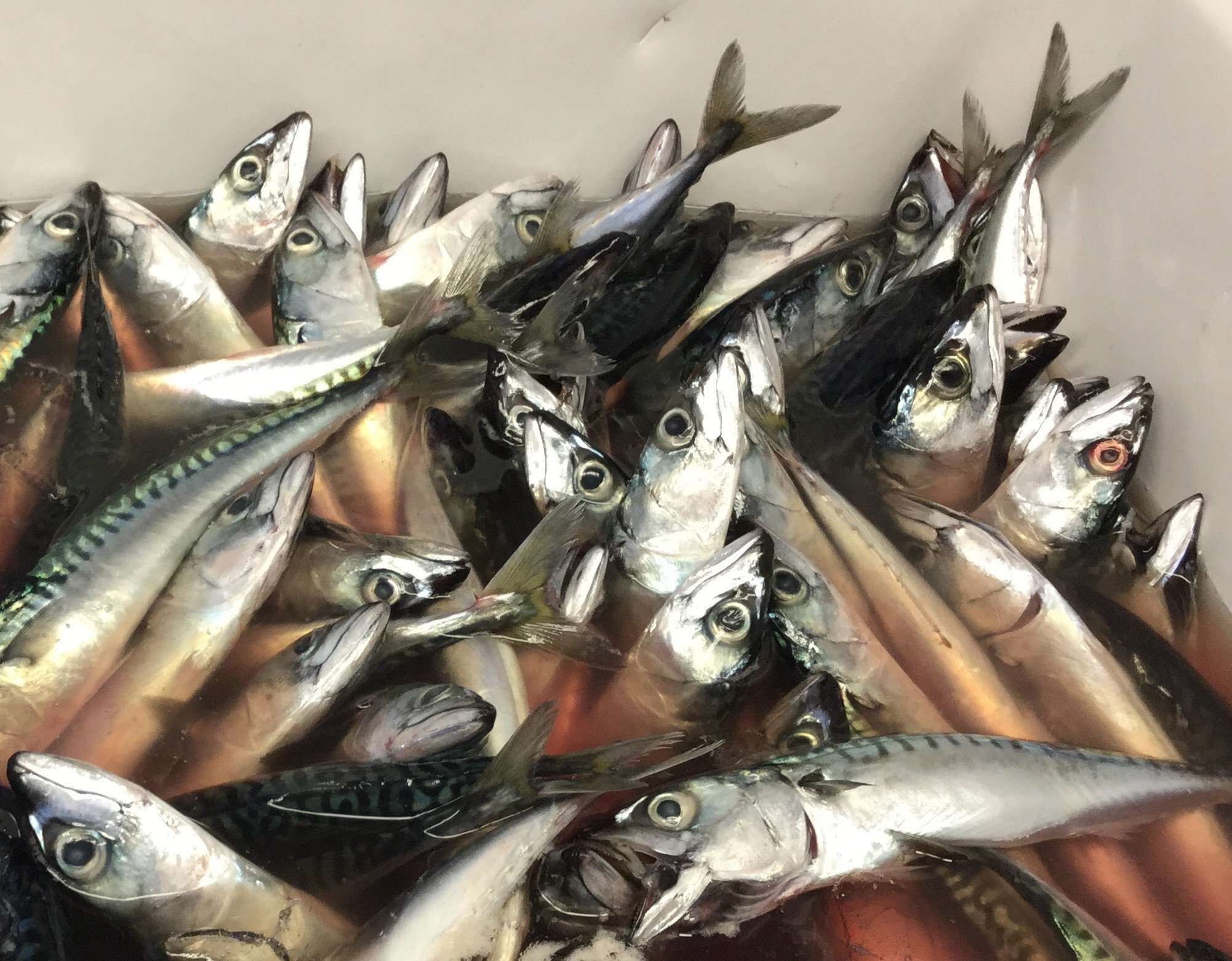 Hasn’t this been a tough year for bait. Herring is few and far between. Worms have been better than last year. Clams are in good supply. BUT, Mackerel, they have been the bait of choice for more than a few fisherman over the last few weeks. Now, you have to be in the right spots to use this striper delicacy! The boat guys love to use them in the mouth of the Merrimac. Drifting the channel for those big bass sitting on the bottom. Of course if you can find them and then live line them in the mouth, that’s even better! But for the land fisherman that is usually not an option. And we have more than a few of you that are having good luck using mackerel from different spots around here (Merrimac & Parker River) and in other towns and areas. (Sammy Goes Fishing!) We have tried our best to keep fresh mackerel on hand for the fisherman, but sometimes due to weather, wind, tide, bluefish, nature, it has been impossible. Liz even hit the trails yesterday to round up some choice frozen mackerel (because Kay is PICKY when it comes to bait for “her” fishermen!) to have on had. That was an adventure for sure! But as of today, the mackerel are back around and we have a great supply of FRESH ones right now in the shop. We made sure that our suppliers rounded up as many “tinker” mackerel as they could for us. (we also have larger mackerel also!)So come get your striper candy today and get fishing!!! 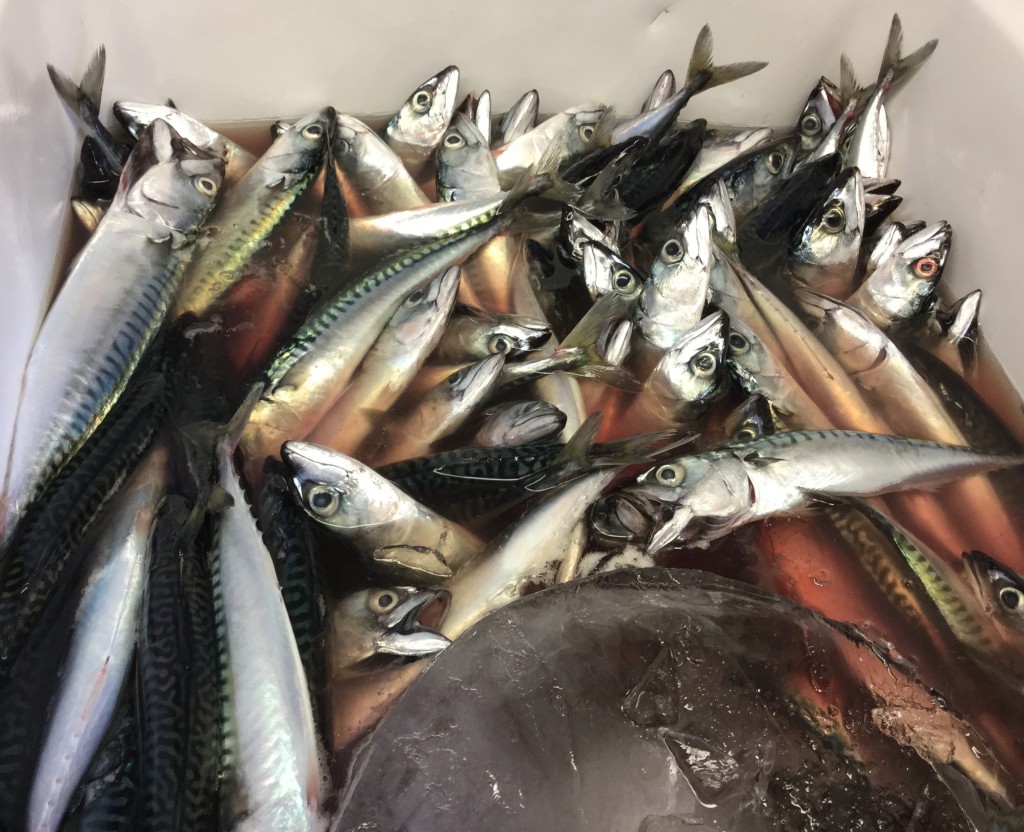 As far as fishing itself goes………..we have been in a bit of a slow time, but we do have a few guys that are doing extremely well in “their” spots. The night guys that have fished the jetties are doing well on bait. We also have the worm fishermen catching a lot of micro schoolies around the area. The morning and early evening low tide have also produced small fish for the guys throwing lures down at the mouth. Not crazy like it was last month, but still catching!

The Greenheads should be winding down next week and you guys can venture back down to Sandy Point without too much harassment from the pesky bugs. I do have a few brave fishermen down their that are still pulling out some stripers. Again, a lot of small stuff, but still catching!

The big ones can get a bit sluggish in this weather, but stick some bait in front of their nose and tease them, and you just might get them to bite!