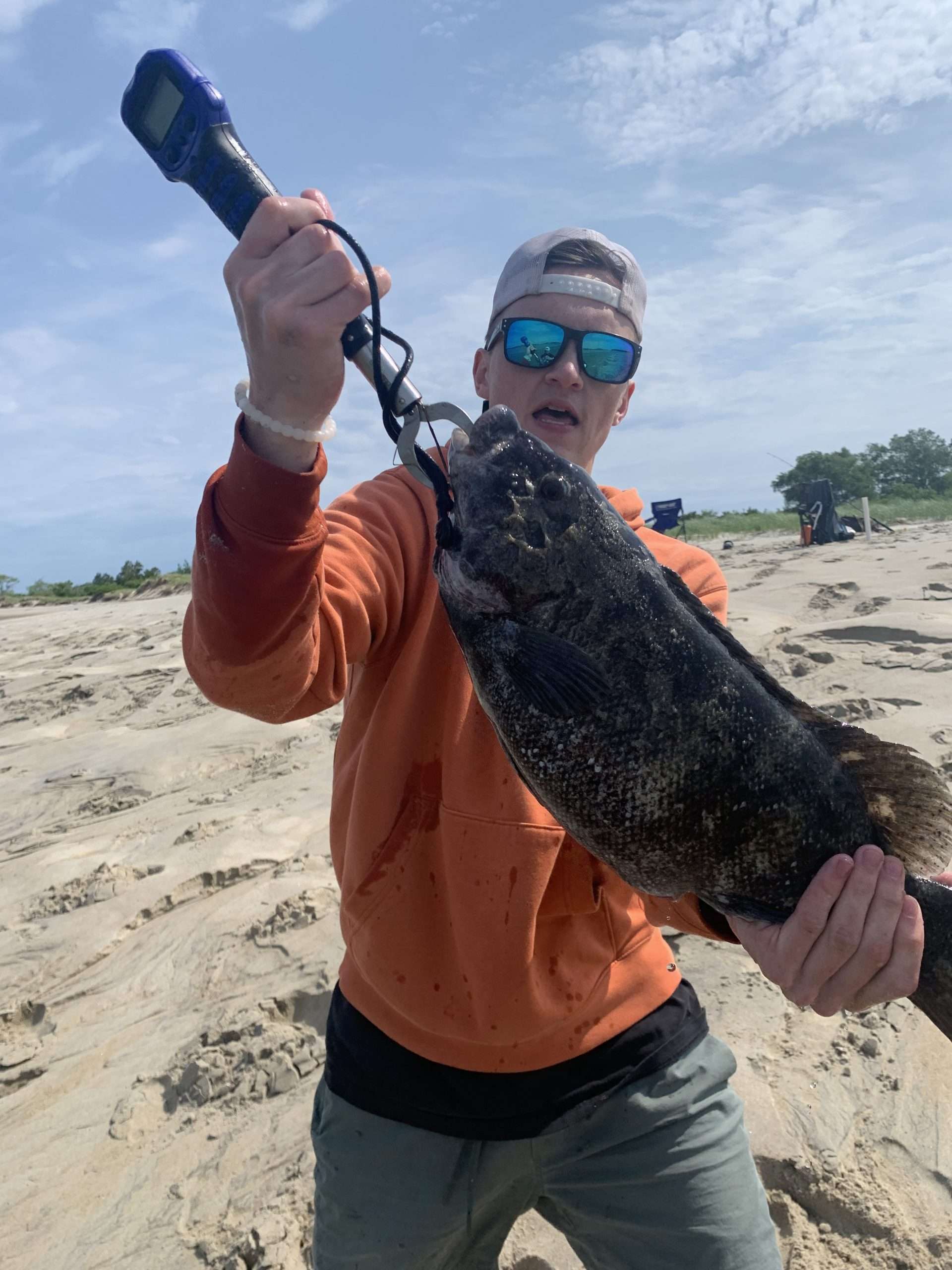 We’ve all heard the rumors for years now. Tautog and Black Sea Bass can be found around the island. And over the years I’ve never seen or heard of a Tog being caught, but the rumors were always floating around in the current. I have first hand knowledge of Black Sea Bass, but the mystery of the Tog has always been just that…a mystery. Well James McDonald has given us some proof that there is Tautog around Plum Island. But with what is happening environmentally it was also just a matter of time before they arrived here anyways. Here is James’ story:

Here is a quick little write up about the Tautog I caught on Thursday morning:

Fishing my usual set up 11ft Diawa with 40lb braid and 1 1/2 ft of 20lb leader, 3 oz. Pyramid weight with a bit of clam as bait. We saw an older gentleman walk by (coming from a bit farther down the river) with a decent sized keeper caught on chunk mackerel and said the place was empty and he was all done for the day so it was all ours.

It was 2 hours past Low Tide, with only a little bit of clam left we decided to throw out two rods and nothing for about the first 5-10 minutes but then the first rod bent and then I reeled in what was a schoolie which we quickly got back in the water and then immediately after that the second rod bent but a much slower strike. I moved over to that rod and almost felt like nothing was on it but it would get quick strong jerks and then come to find out it was my first ever Tautog on the other end of the line. 19.5” Snagged a few pictures and a release video and got it back in the water.

Here are some more pictures (not the best) 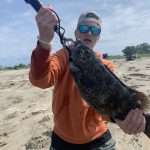 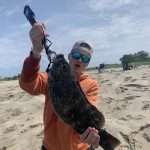 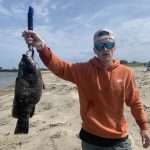