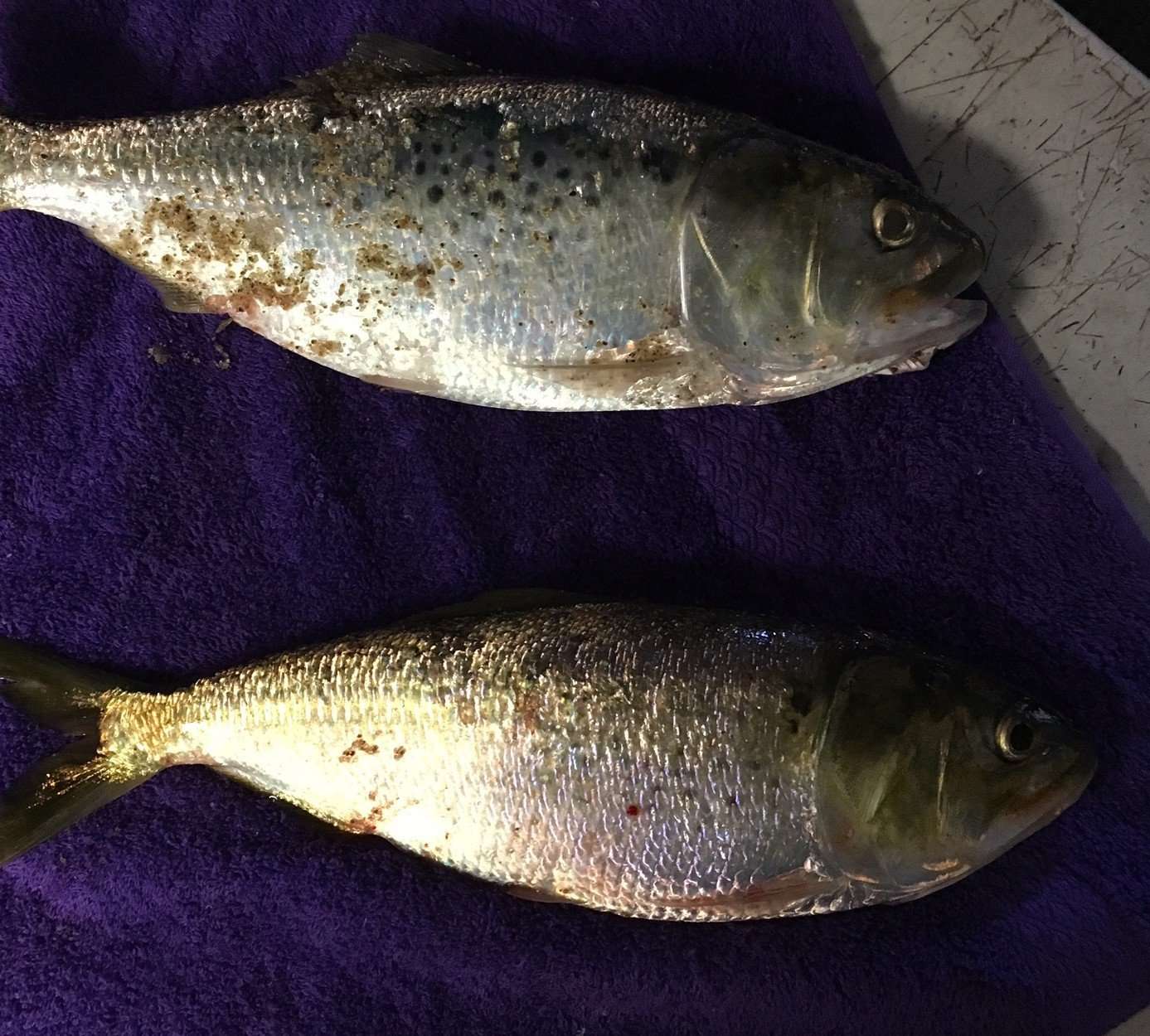 Toni Flynn decided to take a trip with dad and do some fishing on June 22nd. Tim (dad) has done very well this year with the stripers in the Merrimac River. Toni caught this 10 pounder on tinker mackerel at low tide in the mouth of the river. Again, the fisherwomen are killing it this year!

On June 24th, John Fichera from the island weighed in his 8-10 that he also caught on mackerel from his boat in the Merrimac.

Let’s talk about mackerel now. What an abundance we had around here recently. But poof, they are gone. Our mackerel suppliers are having a hard time now catching mackerel. Some of them are chasing them into Maine to try and get a decent amount. Don’t know why they have moved on but there are some small  bluefish being caught inside the mouth of the Merrimac and elsewhere.  So, if there is a big school of bluefish nearby, that could be the reason the mackerel have headed north. Hopefully, we will get some back in the area again soon.

But, we have Pogies (bunker) being caught of the front beach the last few days. The fisherman have had some fun snagging them out front. Have heard of them up and down the beach and in the Merrimac, Parker, and Essex River. The guys says they cant find anything underneath them so they have been hanging around. This is awesome, its been a very long time since we have had pogies in any kind of numbers! 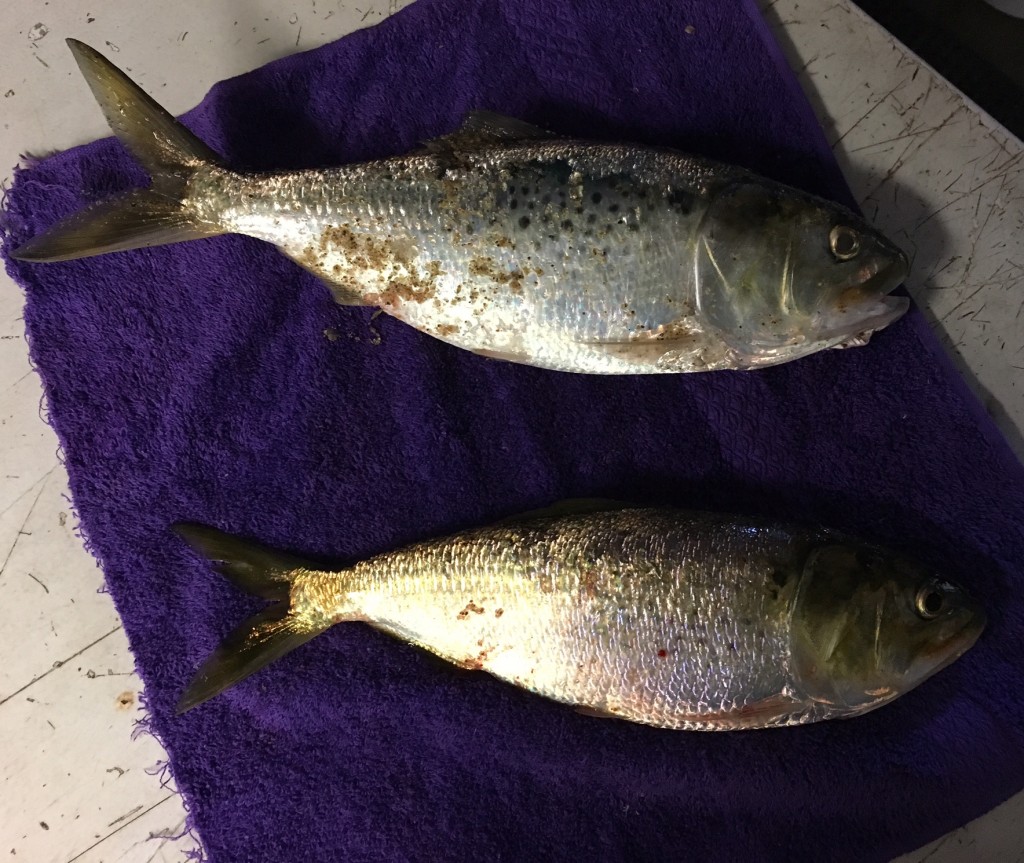