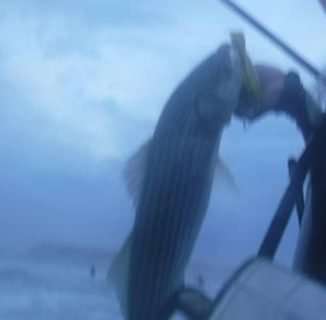 Some people just love fishing in the weather we have had over the last few days. But not until this morning did we get a report. This is last night’s action on the PRWR. James sent us these words and a picture, a not so clear picture, but I think you can make out the fish and the lure! Also looks like a few other hardy fishermen in the background there James? 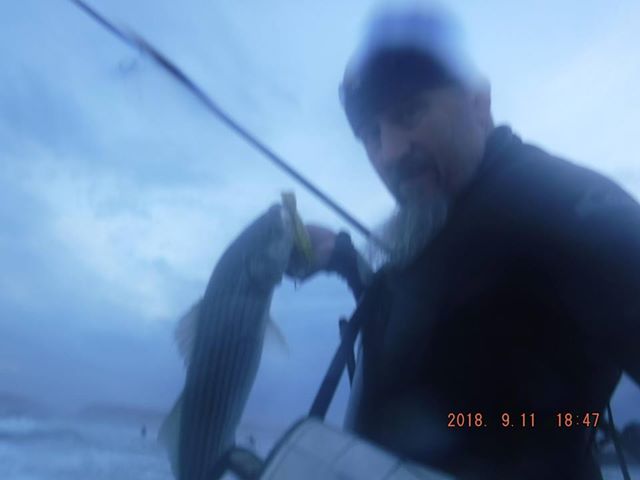 This morning when opening the shop there was already a truck parked on the side and what we assumed were guys fishing in front of the shop. It wasn’t until later this am that we found out that one of them left one truck here, jumped into another and headed down to the southern end of the island to catch daybreak and some fish. These two guys had a very productive morning on top water lures. They tried other lures like swimmers and such and the only thing working was top water for them. They said they caught about a dozen fish all under the legal limit except one.
So get on the foul weather gear, hit the surf, and get some fishing in before we feel the effects of Florence up here by the end of the weekend. And for those that may not want to tough it out over the next day or so………..the weekend weather is looking fine………….see you then.