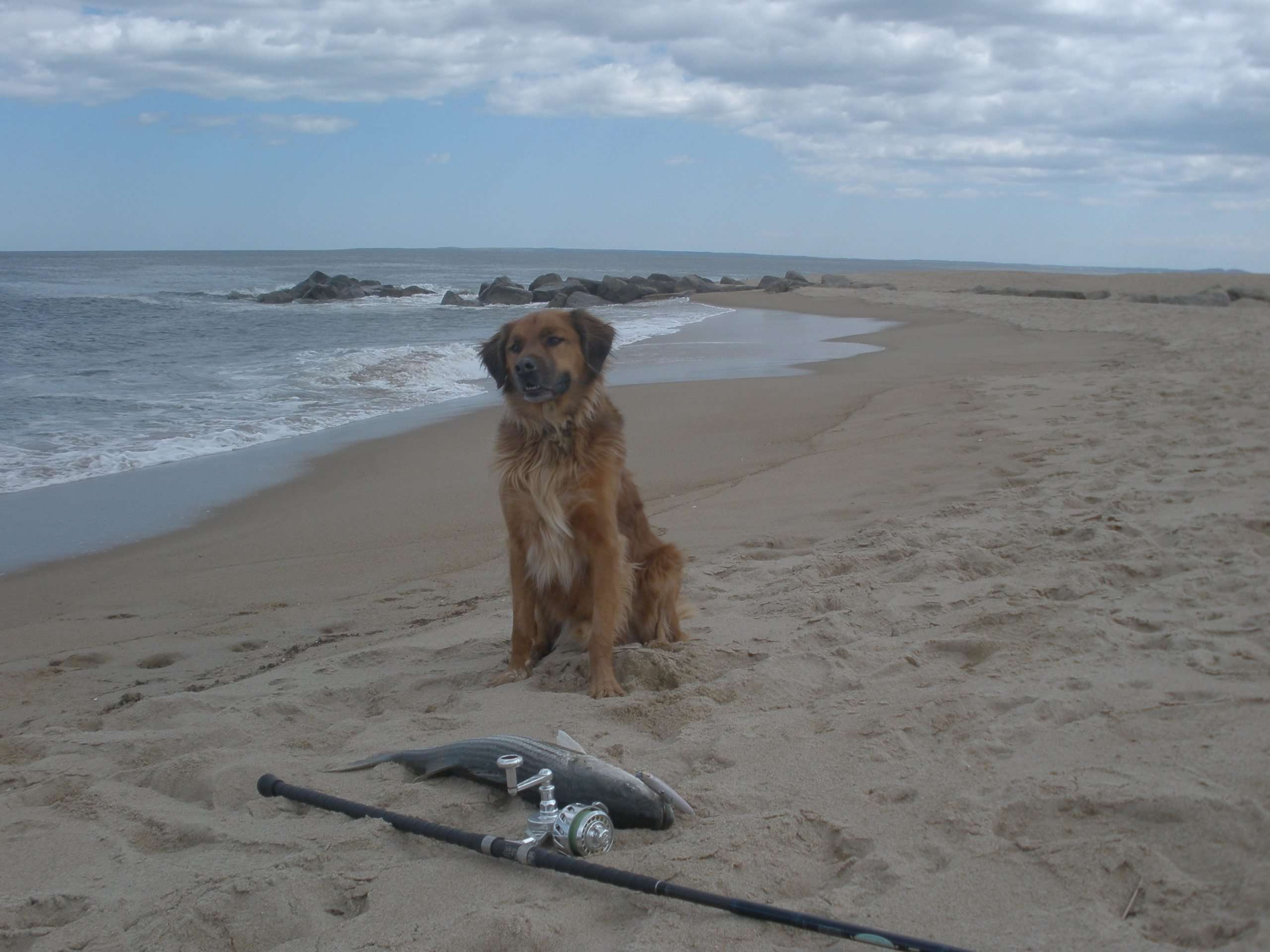 Posted at 19:44h in Uncategorized by Steve 4 Comments
0 Likes

Today marked the last day you are “officially” allowed to have your dog down on the beach, so I decided to take a half day and take my favorite fishing buddy “Cobb” out for this last beach outing till October. Well I have to say I am very glad I chose some time off….as I did something today I have never done previously.

I have occasionally got into fish soon after arriving to a spot, but I have never stuck and landed a fish on my first cast. Well, that changed today. Upon arriving to the PI beachfront not far from Surfland Bait & Tackle shop I hooked into my first “keepah” size bass of the year. He was a nice hard fighting (fat) 28″ fish that weighed in at 9 lbs on the boga. About a half hour later I hit another 25″ bass that was just as feisty.

Both fish hit on the same lure, and I lost two others due to a poorly set drag and a terrible hookset….The common denominator?……DAIWA SP MINNOW!!!!!! If you do not have at least two of these in your bag this season your are BLOWING IT!!!! (hint, hint….Surfland has a ton of them!!)

There is just something about the way this plug swims that drives fish nuts, other plastic swimmer are close but just dont match the action. Trust me, pick up a couple of these plugs and fish them with confidence…they are one of the most proven fish catchers to emerge on the market in the last few years….

See you out there… 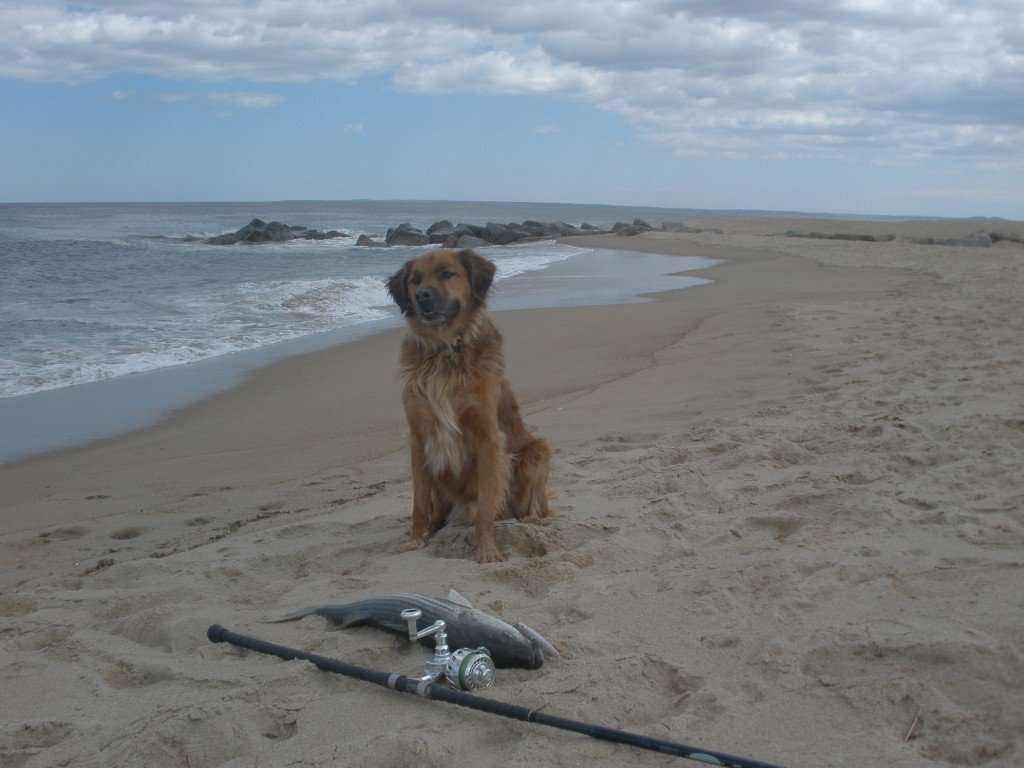 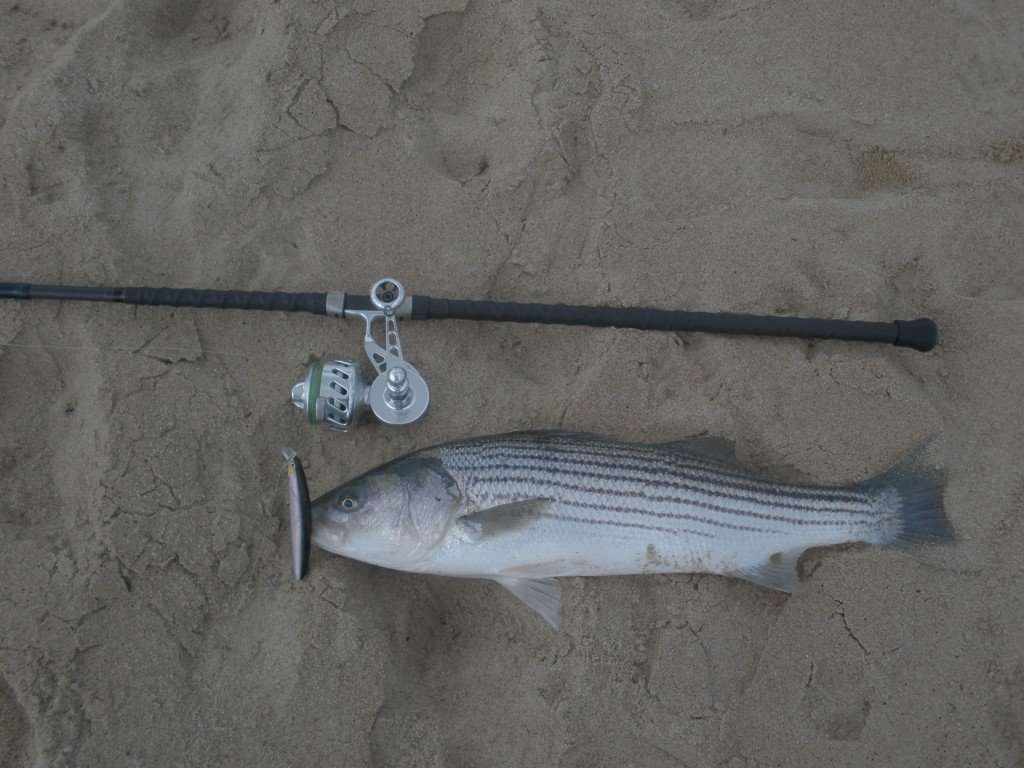