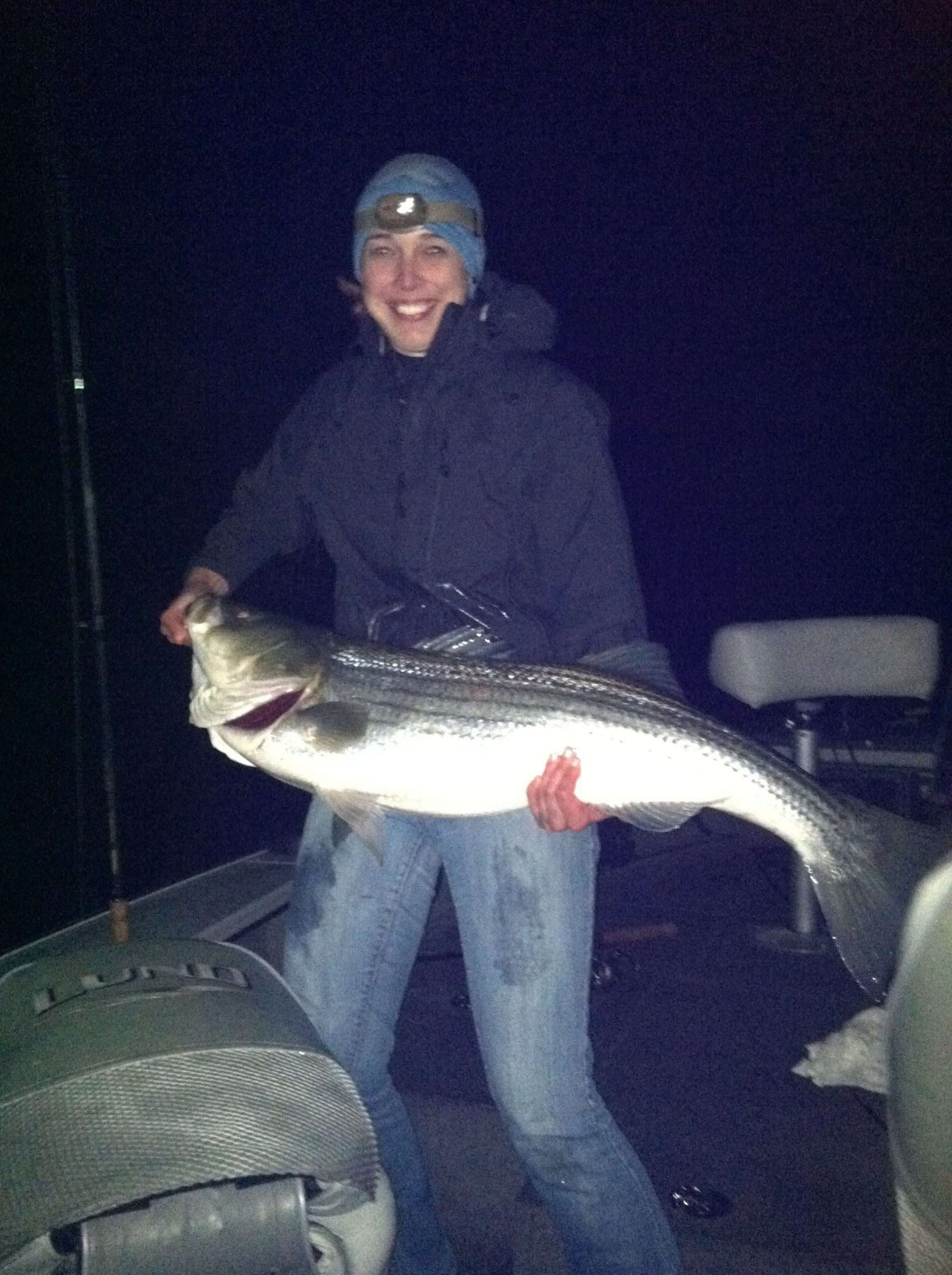 Last weekend we had Bryan and Janelle visiting us at Surfland. Jenelle is new to fishing in saltwater so you know what that means……….she beat the boys!

During the late morning her and Bryan went out and fished and Jenelle caught this nice bluefish. Then at night Jenelle, Tommy, and Bryan headed out to fish eels along the oceanfront. Well she did it again. She out fished the boys! Congrats Jenelle!

Since last weekend the mackerel have disappeared and the few blues we had seemed to have moved offshore. The one shining light is that the southern end of the island, now that it is open to fishing is starting to produce some fish in the 24-32 inch range. In fact we just had Noah Leger in with his dad. They were fishing parking lot 3 on the PRWR and used worms and herring. This fish was caught on herring and weighed in just under 8 pounds. They also caught about a dozen undersized stripers on worms. Noah said it was a fun day! 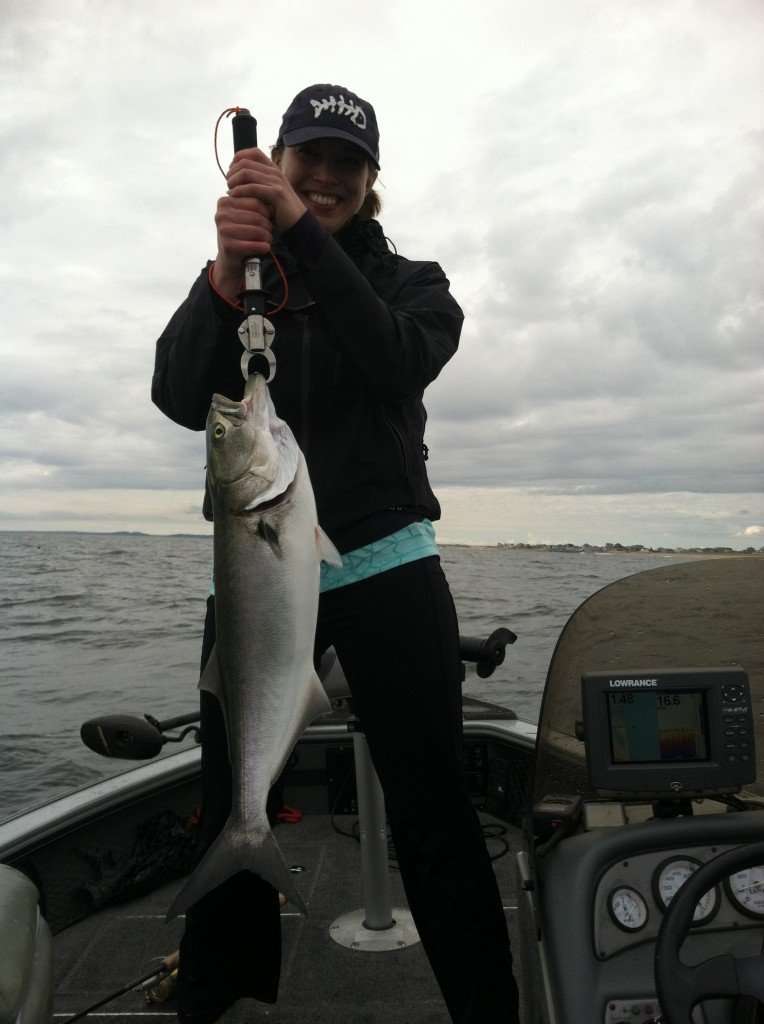 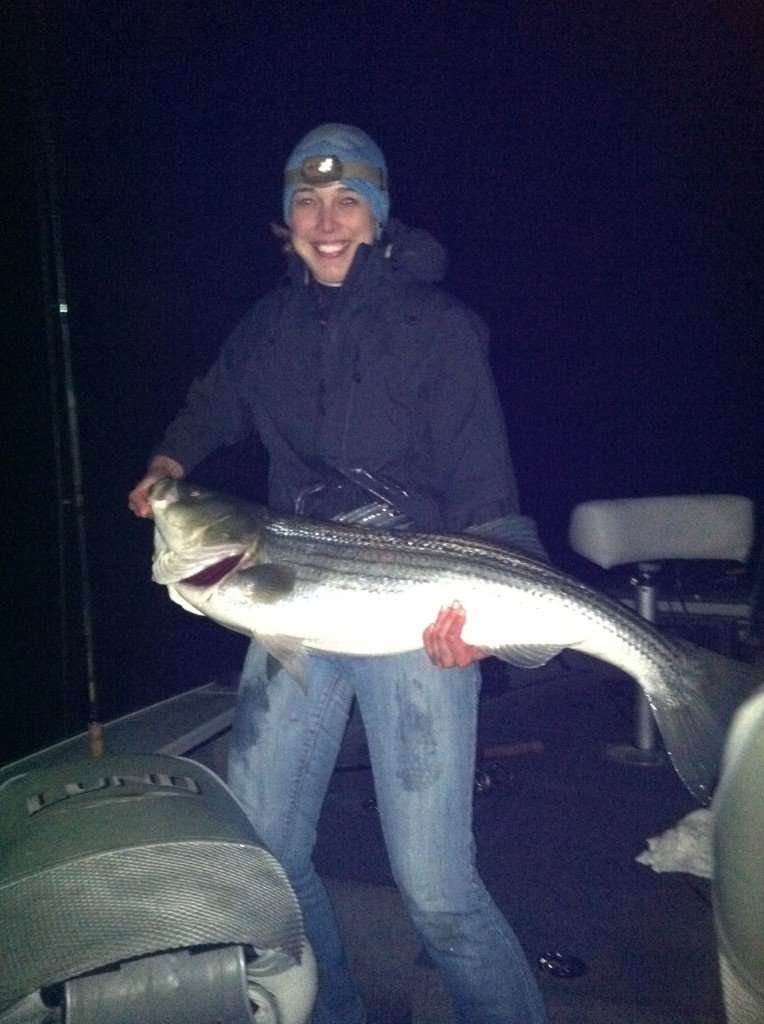 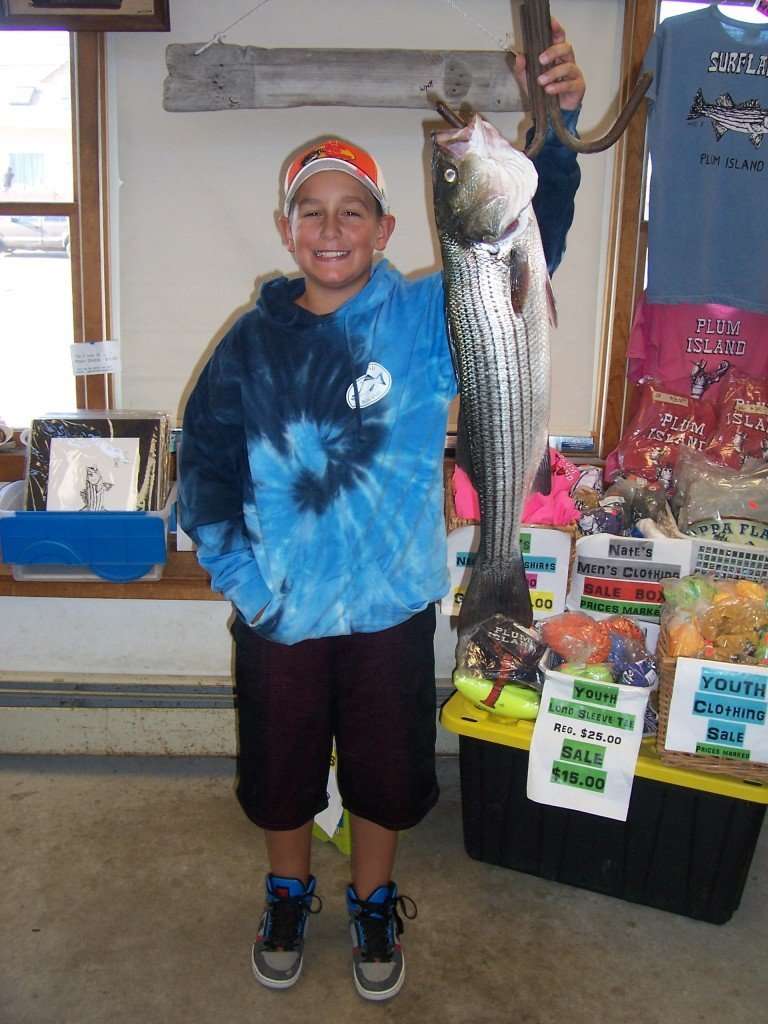