Opened the doors at 7am this morning. Had a few fishermen waiting at the door for me. They both took worms and headed down the refuge. Well had one of them back in later in the morning. He fished the incoming tide and caught 8 stripers(undersize) on bloodworms. All small fish, but fish none the less.  John the dentist is also down today and he has caught fish. Actually he ran out of worms and we sent sent him some more via another fisherman. John has not come back to the shop yet so he must still be catching the little guys.

Anselmo Ormonde from Lowell along with a buddy also came fishing today. Pictured below is his 12-12 caught on clams along the oceanfront down the refuge. They also caught some small schoolies (18″-20″) on the incoming tide, close to the top of the tide. This keeper was caught after the tide turned during  the start of the outgoing.

Well they might not be the big lunkers, but it nice to see some small fish and I do believe that there are fish still north of us. So, don’t pack it in yet……………..fish on! 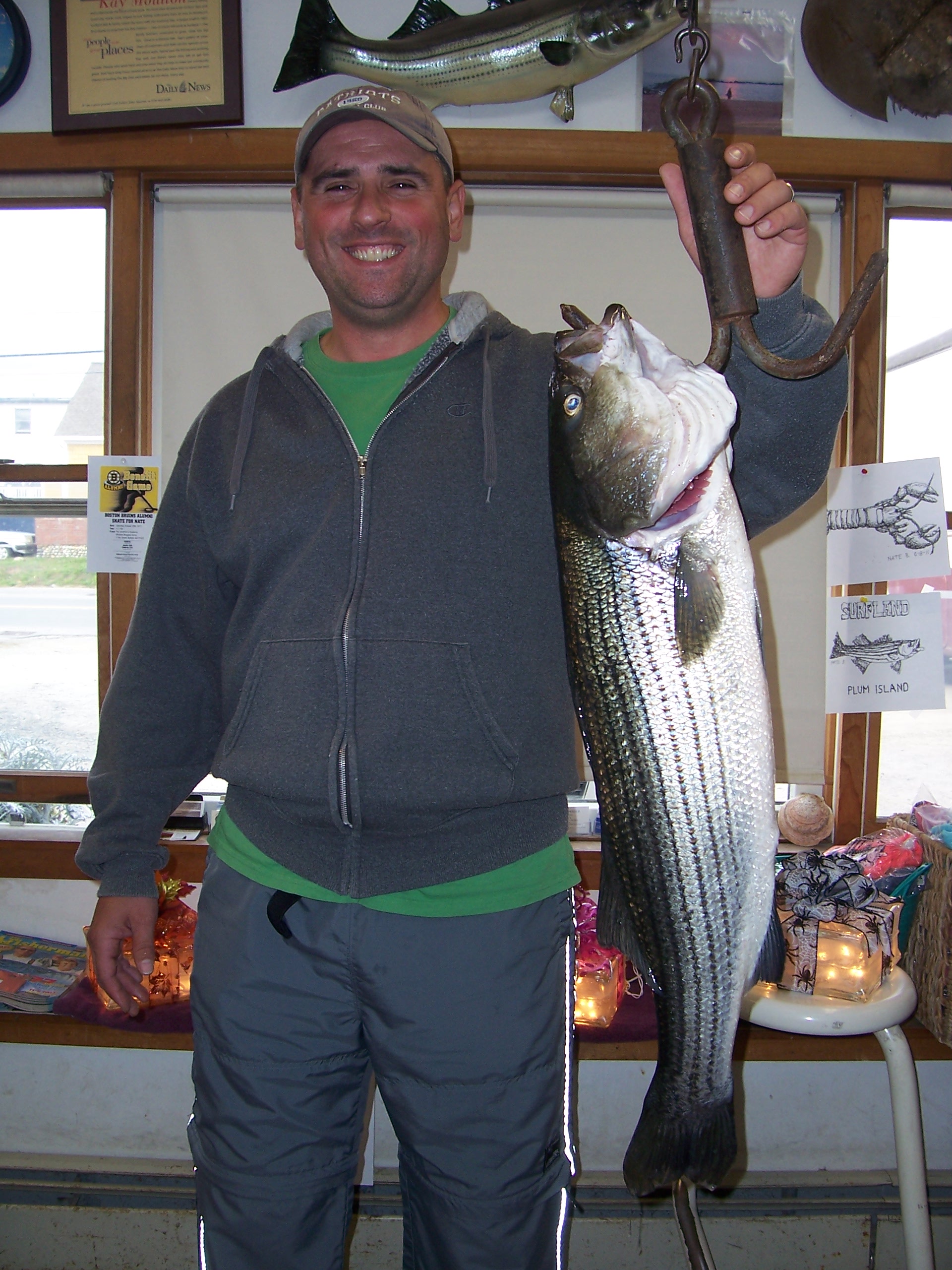