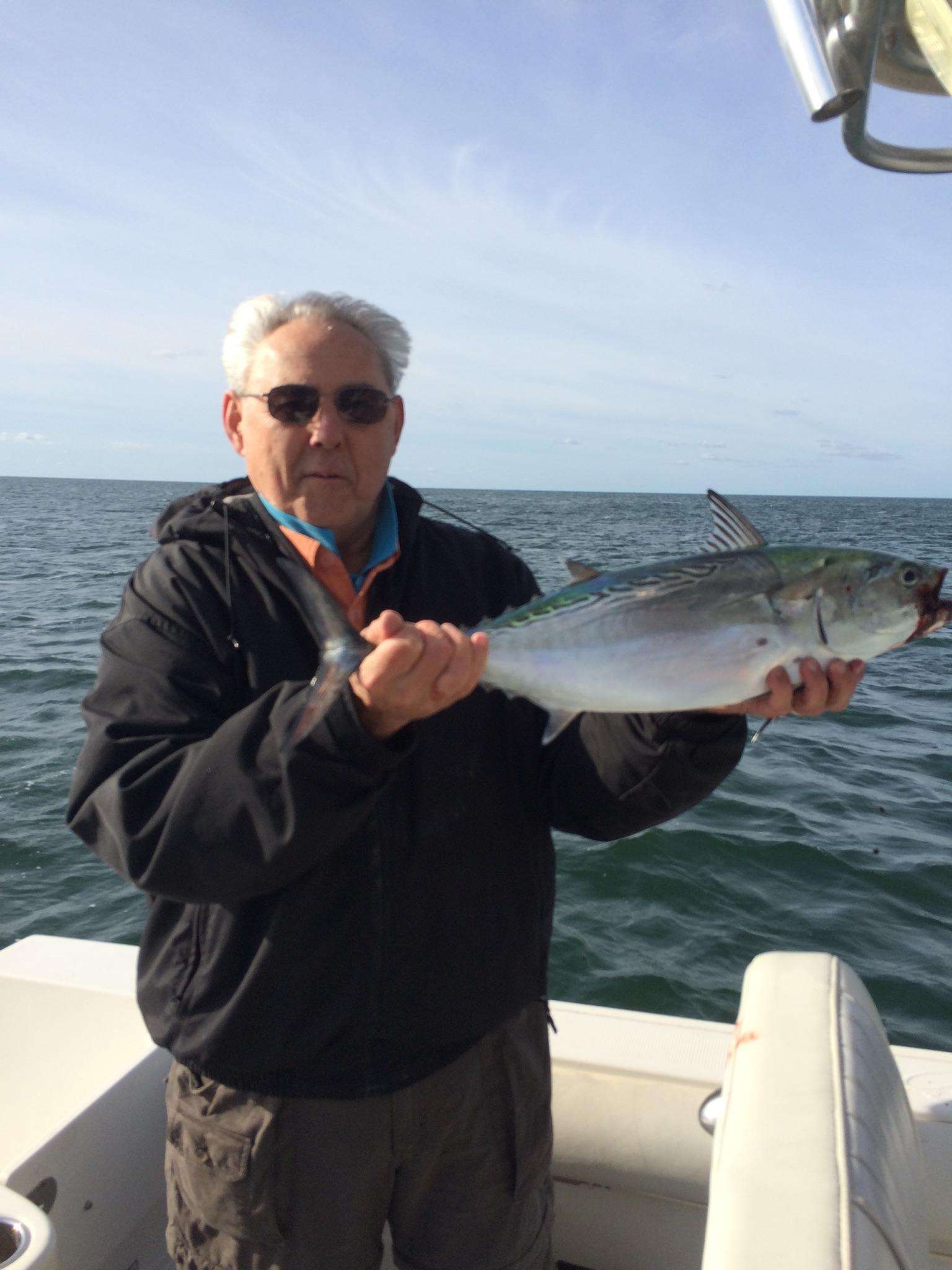 Posted at 12:53h in Uncategorized by Liz Cowie 1 Comment
0 Likes

The report is that there is nothing to report (but there is a bit, read on)! Hurricane Joaquin really put a damper on our fishing here on Plum Island. The refuge closed the beach to drive-ons, but that said it would not have been a safe place to be over last weekend and even the beginning of this week with the high tides. We have heard the surf pounding for the last seven days and it is now beginning to calm down. There have been a few die hards out and about during all of this wind and rain. One night we had Ned and Jeff down to fish the oceanfront and cast lures. Ned didn’t do anything, but Jeff hooked into a few fish.  George Bossi came in this morning and had been down the southern end of the island and reported nothing but weed. To avoid the weed right now you would have to walk around inside the Parker River.  The sun is shining right now and all you can smell is seaweed drying on the beach.

Getting phone calls today from the buggy guys who are gearing up for a big fishing weekend. The refuge is supposed to reopen the beach Friday for the drive-ons (fingers crossed!). The weather with the exception of some rain Friday looks great. An Indian Summer for sure!

In the meantime we are going to put up a few photos of Allan Drelick (Billy’s brother) who went fishing down off of Hyannis with his son. Caught his first False Albacore!  His quote:  “My first False Albacore.  It spooled me.  Thanks to your know on the spool, we boated it!” 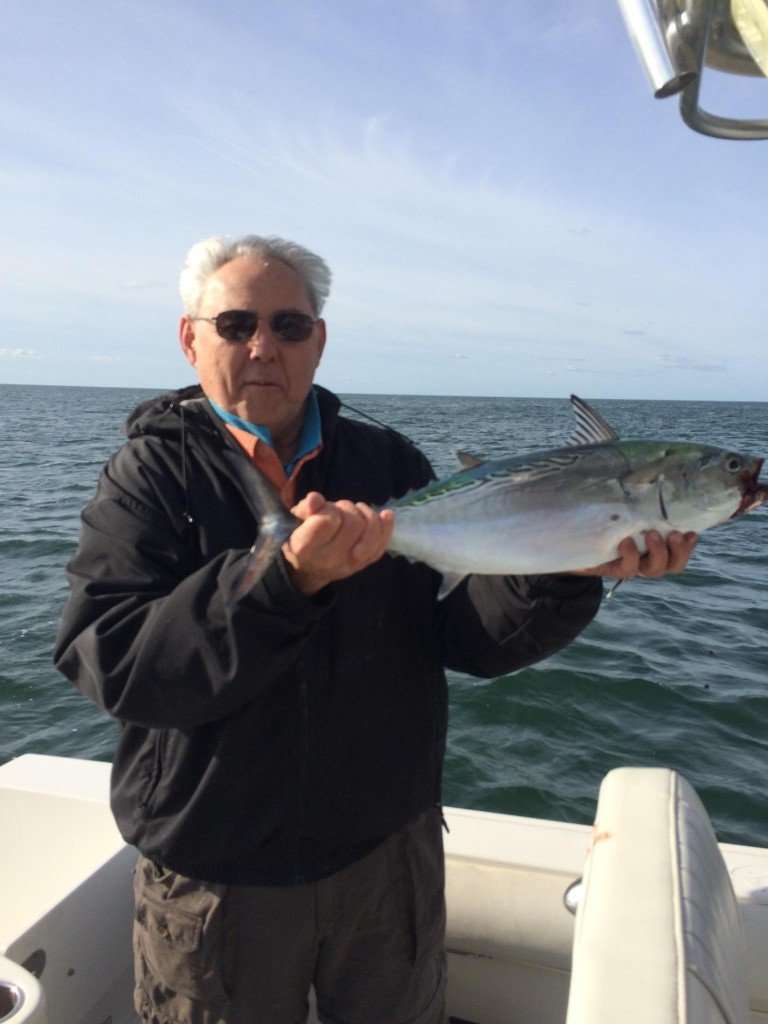 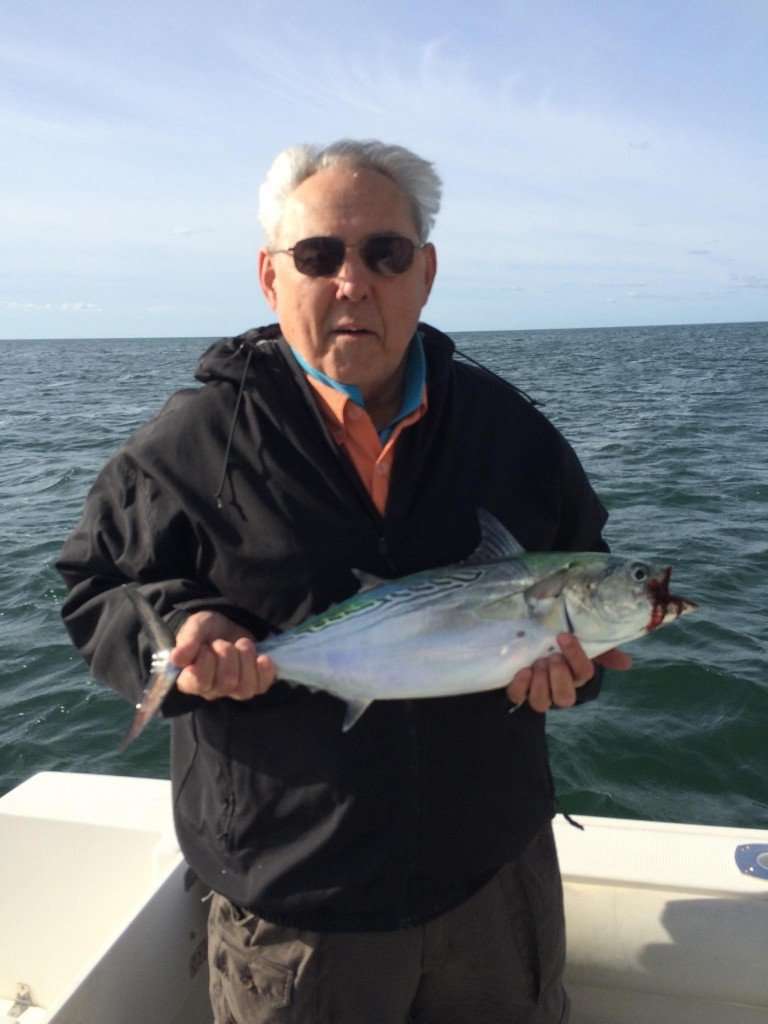