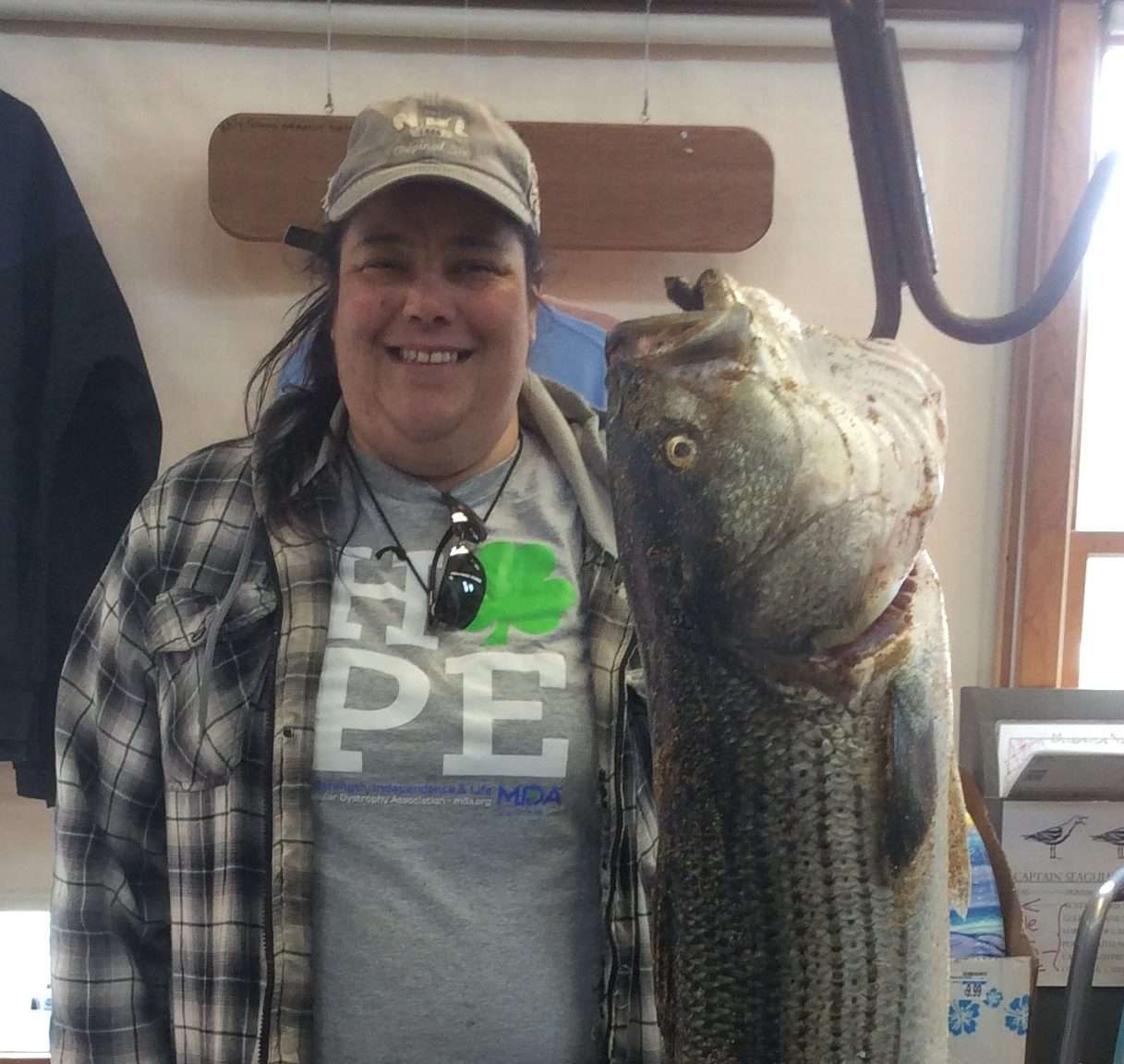 For the most part the weekend was fantastic. We had a lot of happy fisherman that told us they have done well. Low tide in the mouth was very productive for most fisherman. Again, lots and lots of schoolies. Again, some bigger fish off and around the jetties. Some of the boys that fish the oceanfront at night are doing well with fish in the high 20’s & low 30’s (inches!) And the Plum Island Surfcasters Juniors were fishing yesterday afternoon into evening and along with the schoolies caught a few flounder! Hopefully that means we will have flounder from the beach this year.

Plum Island Sound and Joppa are stacked with fish. Have had reports from people fishing both places and they did well with soft plastics for the little guys and some tube and worm produced some bigger fish in Joppa.

Should be a busy and hopefully productive weekend coming up with the June Moon arriving Friday night. Good luck guys!

The biggest excitement this weekend was the 27 pounder we weighed in on Saturday. This fish was caught by Amy Farnsworth of Winchendon MA. The showed up here just after the low tide on Saturday afternoon and used sea clams to catch this striper. They also told us that they caught lots of schoolies. WE TELL  YOU THAT  IF YOU CAN GET THROUGH THE SMALL FISH THERE ARE BIGGER ONES UNDERNEATH!!! THIS PROVES OUR POINT! LOL. 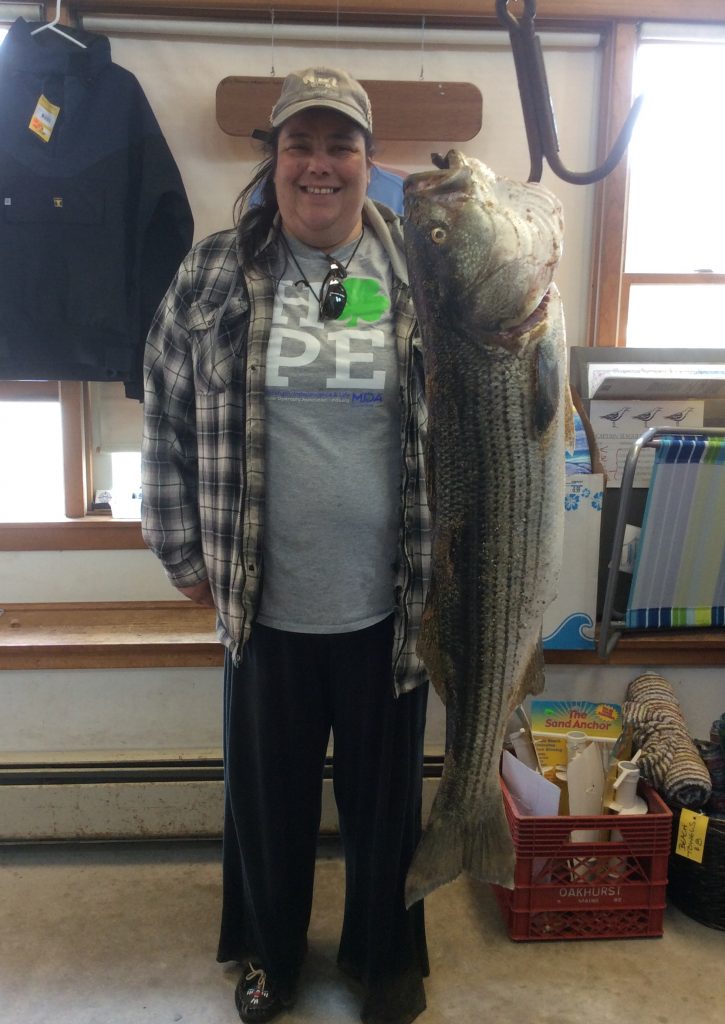 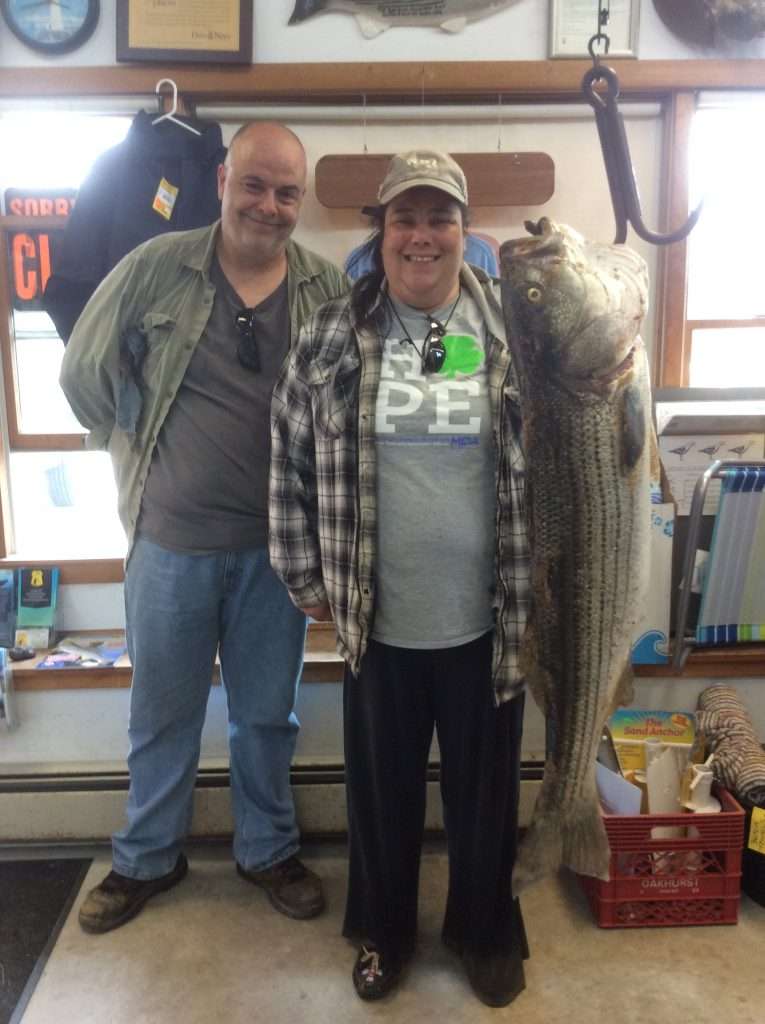 We also got these photos sent to us on Facebook:

My name is Alex Wolff I am frequently in the shop. I decided to take a break from studying for the NY bar exam and get some relaxation time in. Too bad Bad there wasn’t much relaxing on board. My friend and I had a very productive evening in the river. Best fishing was at the top of high tide. Caught about 5 keepers within an hour and all were released except one. Figured you’d like to see the results. Biggest was 35.” Enjoy!

Took my buddy Alex Wolff out last night caught a 35″ a 32″ and a couple 28″ fish on mackerel.
Near the toothpick in the Merrimack. 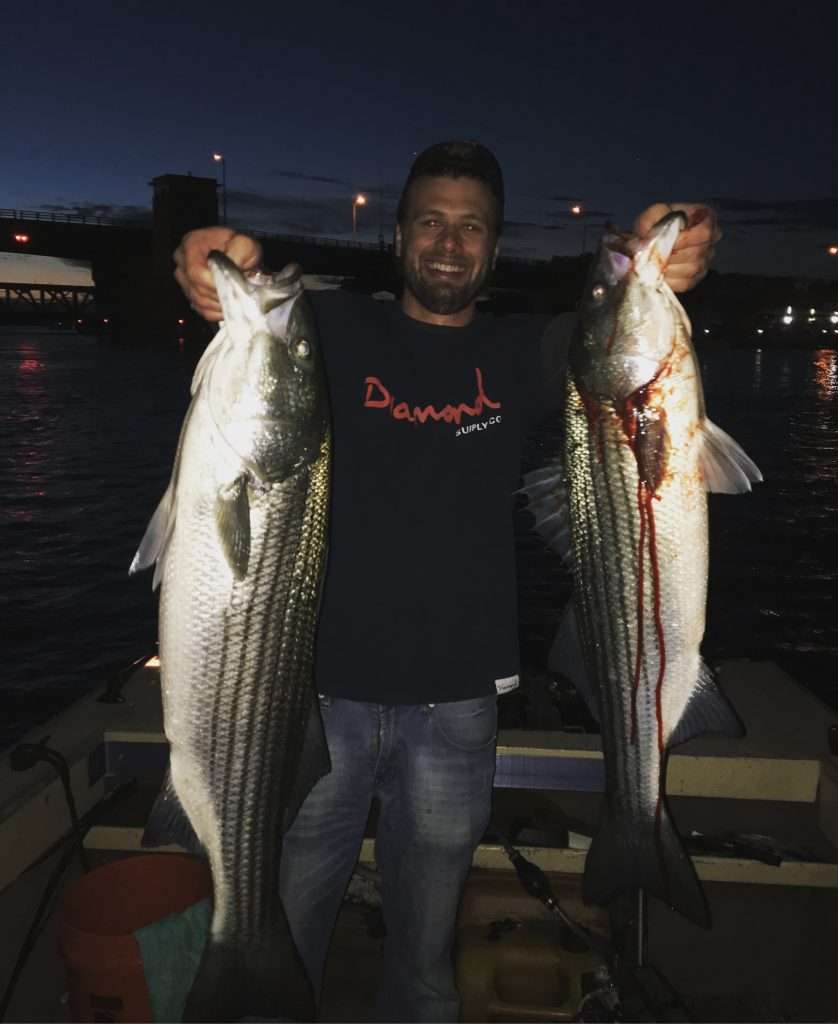 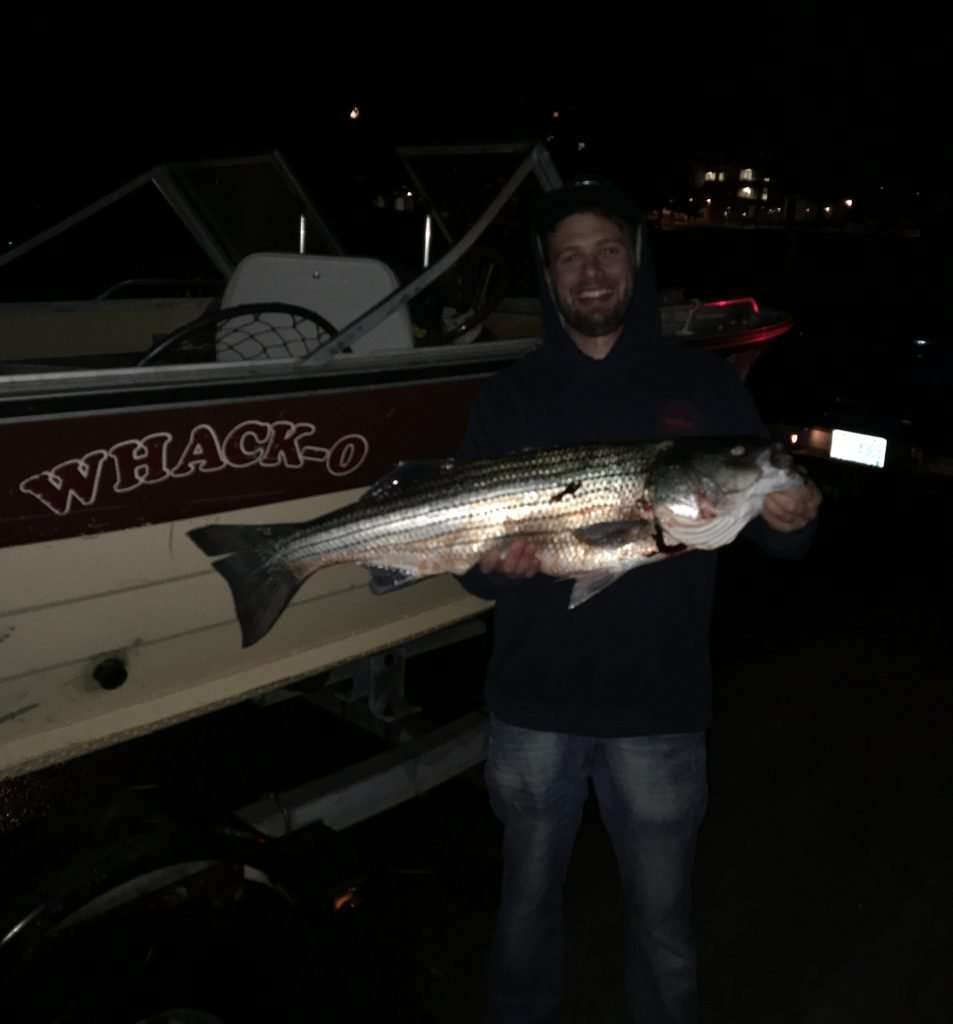 Chris Whalen sent us in this report from today:

There were tons of stripers in the Parker today. From top of the tide to outgoing. Very small but very fun. Hitting eel and herring imitations. A day of a ton of “stripers in diapers”.
Thanks everyone for the pictures and reports you send us!