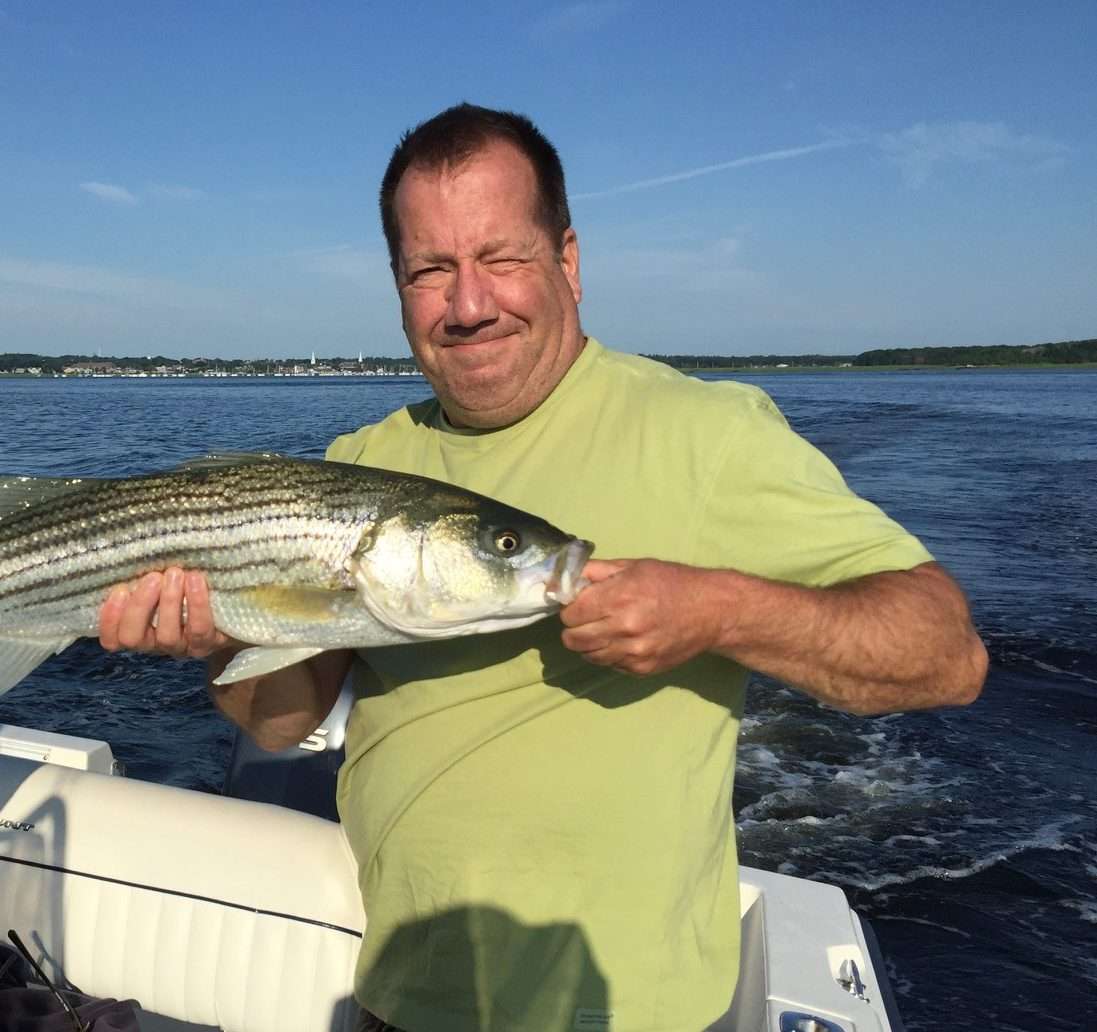 The boat action continues to fairly productive for most fisherman. There have been Pogies around, more Mackerel than there previously has been, and some Pollack that the Stripers have been feasting on. Some fisherman have been saying that there are fish everywhere, but there is also baitfish everywhere which has proven to give some fishermen frustrating outings if they cant get the fish to bite. But if you manage to throw something in they fancy, then it has been Striper Mania! Our very own Stickman gave us a report on Thursday when he got the opportunity to hit the water in his boat:

8 am on incoming tide. Center of channel about a half mile upriver from the toothpick. Arkansas Shad 9″ sluggos and flies by Jimmy. 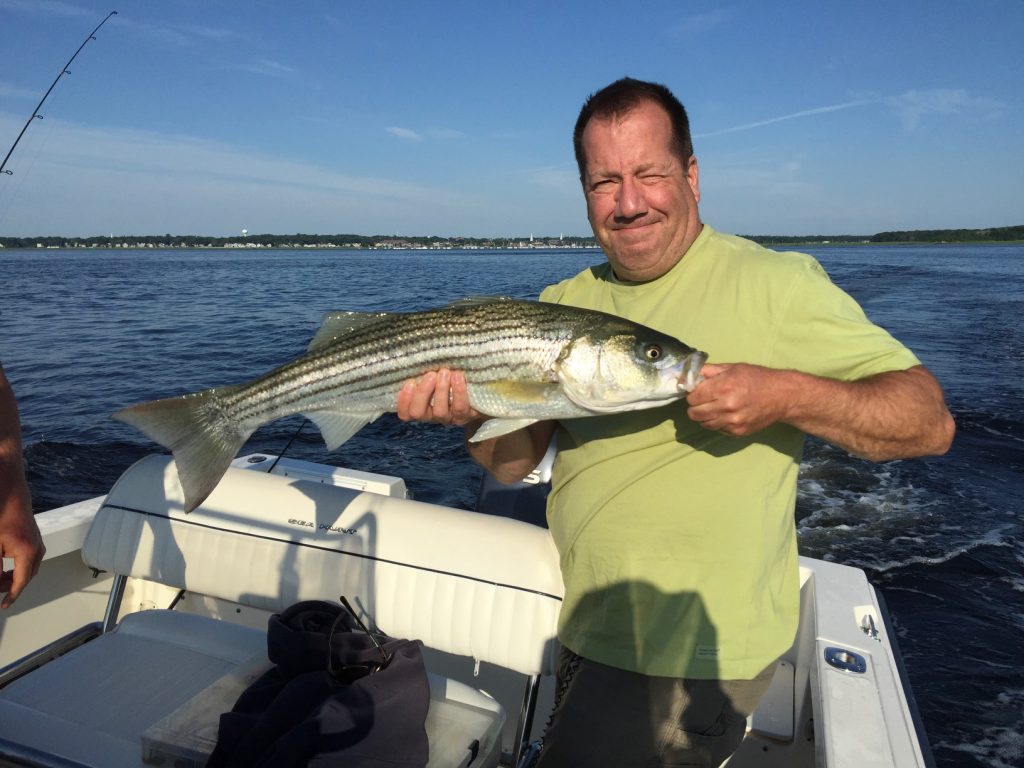 Mike MacCormack sent us in this picture and caption of his friend. Billy Snow a lifelong freshwater tournament Bass fisherman with his First keeper ever, measuring 30″. Caught with the help of fresh mackerel from Surfland and me, he is slowly being turned to the salty side, LOL.  Also tons of mackerel in close all around Beverly and Salem. 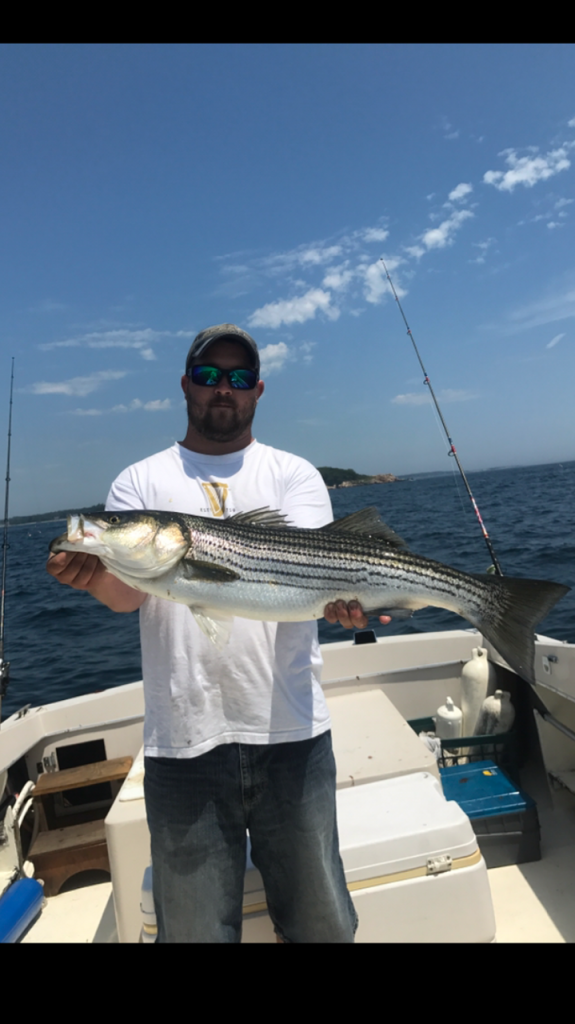 And along the beachfront there has been a number of big bass taken on live eels and plugs. This is Corey who sent us a picture the other day of his big Striper that was caught and released while fishing eels during the top of the incoming tide.

We also had a few shop weigh-ins this week. On July 6th Jack Petras caught this 14-6 pounder on mackerel from the southern end of the island. He also caught two other fish about the same size.

Saturday July 8th Aaron Uehara from Haverhill came in to weigh in his 13 pounder that he also caught on mackerel during the bottom of the low tide.

Stripers are definitely the fish of choice right now. Bluefish have been very sporadic and flounder………..??? We’ve only had a handful of people tell us that they have caught flounder and only one surf fisherman.

July also brings out the greenies remember! We are stocked with SSS so no worries! LOL