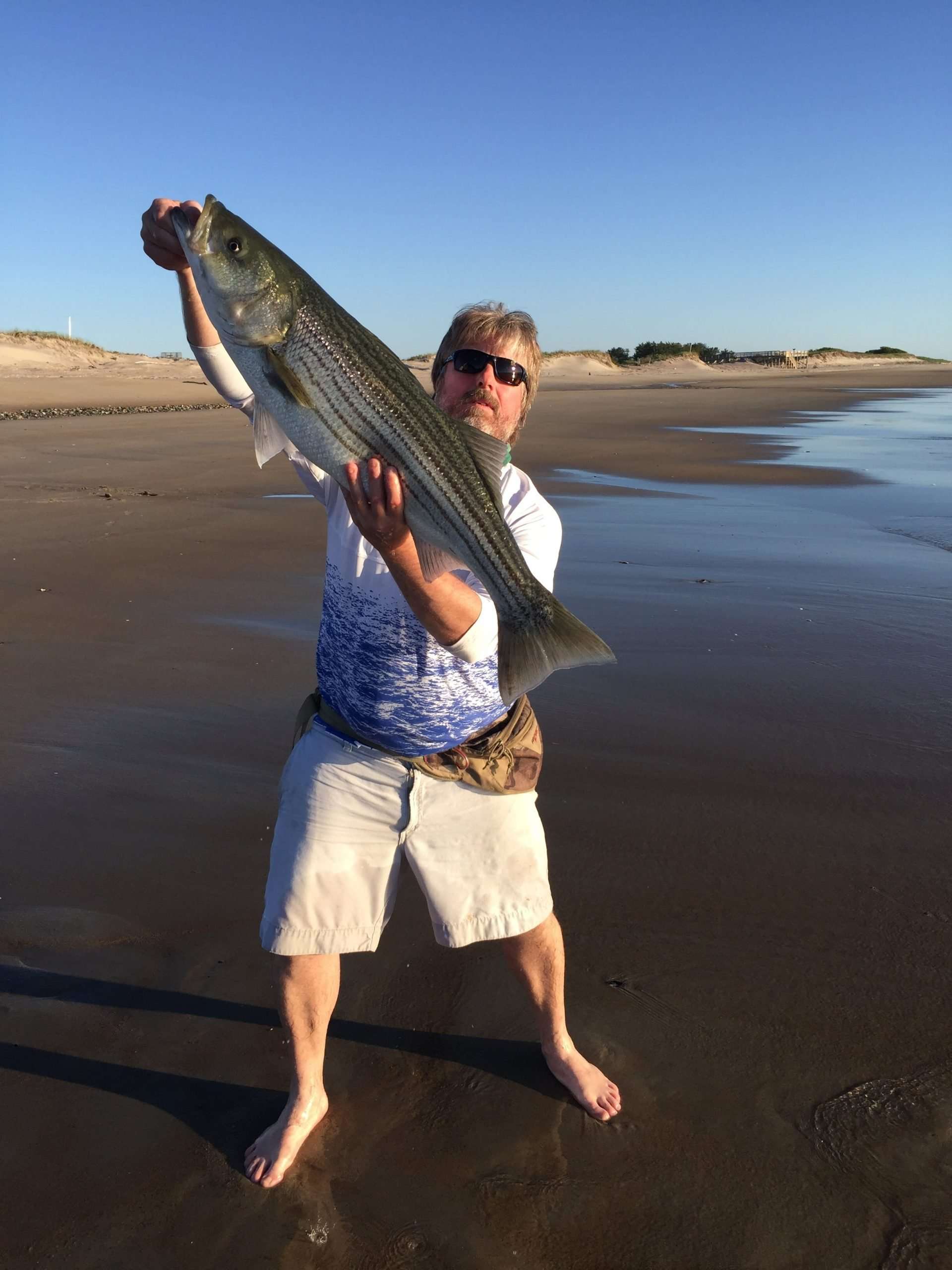 We have seen the arrival of the “micro bass” into the area more this week. Those little guys are hungry and we have had many reports that they are feisty and put up a little fight on light tackle. They have been gobbling up worms and clams by the pound. We had a few groups of fishermen that stayed out all night or a better part of it to wait for the early am high tide. A lot of these guys did really well. Had one group report catching well over a hundred fish that night. All little guys, but they had fun!

We have had reports of some big bass being taken further out into the mouth towards and on the jetties this week. We personally didn’t see any, but others were coming in speaking of seeing someone catching a good sized bass.

What we do have is a small report from John Healy who got some worms early this am and hit the southern end of the island today. Nice shirt John!!!

Joppa is  pretty hot. There were lots of boats out there this weekend catching some fish. Popular baits and lures on Joppa are Sluggo’s and other soft plastics, walk the dog lures like the Rebel Jumpin Minnow and other spook style lures. A new one for Joppa but not for us around the island is the Daiwa SP  Minnow that is now making a name for itself in Joppa. It has done quite well this past week. And of course one cannot forget about the Tube-n-Worm. Always a popular choice in Joppa Flats.

Plum Island Sound has a lot of “just under keeper” fish. This is pretty much a watercraft fishing area, unless you get a parking spot at Sandy Point and walk around the backside or get access over on the Ipswich side. Same baits that are popular in Joppa are popular here. Also we see a lot of top water lures used in this area at daybreak and sunset. And soft plastics are popular almost any time of day.

Flounder: wish oh wish we had more to say on this matter, but have only heard of one here or there from the surf. The boat guys are fairing a bit better but not much. Gloucester is reportedly hot for flounder so hopefully they are making their way north and we will see more in the coming days.

Mackerel: Very spotty! They are around but not in the numbers we have seen in the past. Just don’t have the boat guys getting any big numbers so we haven’t had fresh mackerel since earlier in the week. Hopefully that also changes this week.

So there you have it. It is a mixed bag of sizes swimming around so get out and enjoy the day!