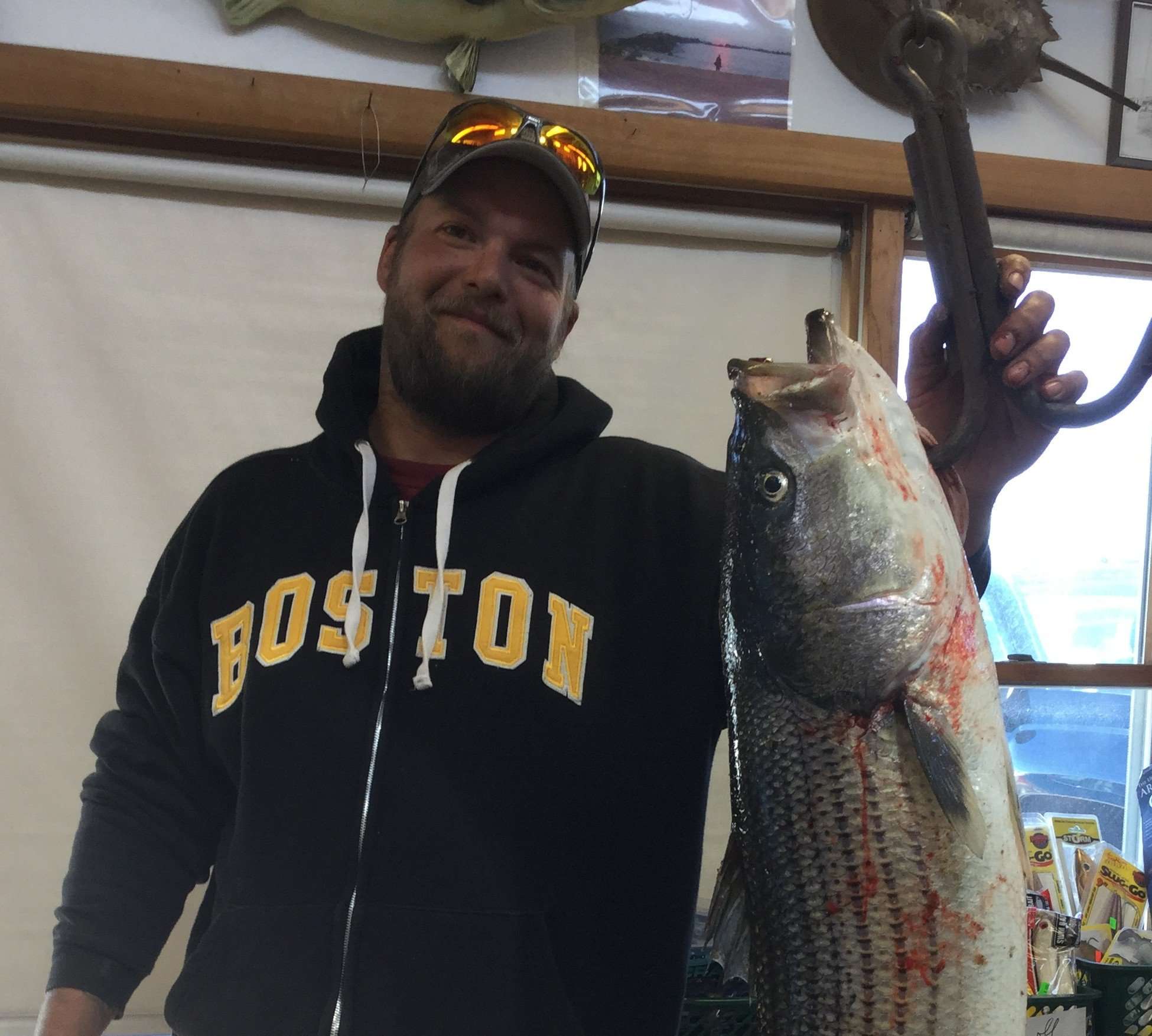 Finally some bigger fish have been caught over the weekend. Last report we shared a picture that Billy Page sent us from the oceanfront on the PRWR. Sunday after leaving the beach he came in to weigh in a fish that he caught Saturday night at the top of the outgoing tide. This fish was taken at sunset which also happened to coincide with the top of the tide and the start of the outgoing. A magical time in the world of fishing! Anyways, the fish weighed in at 18 pounds, was caught on sea worms and was heading home for the grill. Before he left we asked Billy for a report of the weekend activities for him and the group he was with. In short: Friday 9 fish, the one posted the other day, a 28″, and other small schoolies. Saturday about 7 to 8 fish, this one pictured was the biggest, the rest were schoolies with the smallest on about 8″. Sunday produced a few schoolies but there were a lot of the little rats around. These bait stealers are just too small to hook so they just nibble away at your worms! YUM. Billy said he talked with another fisherman who had caught fish with a 38″ in the pot.

Also have had reports from a lot of the guys that head down the PRWR to fish plugs. They are having a lot of luck walking up and down the beach and around Sandy Point. But if you don’t have a night pass for the PRWR don’t worry, the guys that have been walking the public beach out front are also picking up fish. It is just that most of the information we receive is from the guys that are on the refuge. So, fish where you can, when you can, and how you like. It’s been a good fall run so far. Eels are also producing fish at night. These fishermen are a bit quieter on reporting there catch, but we know you are out there! LOL! And again, there are so many little rats being caught that we have been recommending that you bring very light tackle so you can have some fun with these little fish by throwing small lures like soft baits, little poppers and swimmers, and some small tins. And today being a rainy day, what better to do than go fish! The fish are already wet, so they aren’t bothered, just hungry!

***And there are more to come….can’t tell you how many fishermen from Maine have been in to stock up on some eels. They are still hitting fish up in the Saco area and south………..so hopefully these big fish will be swimming near a shoreline close to you!