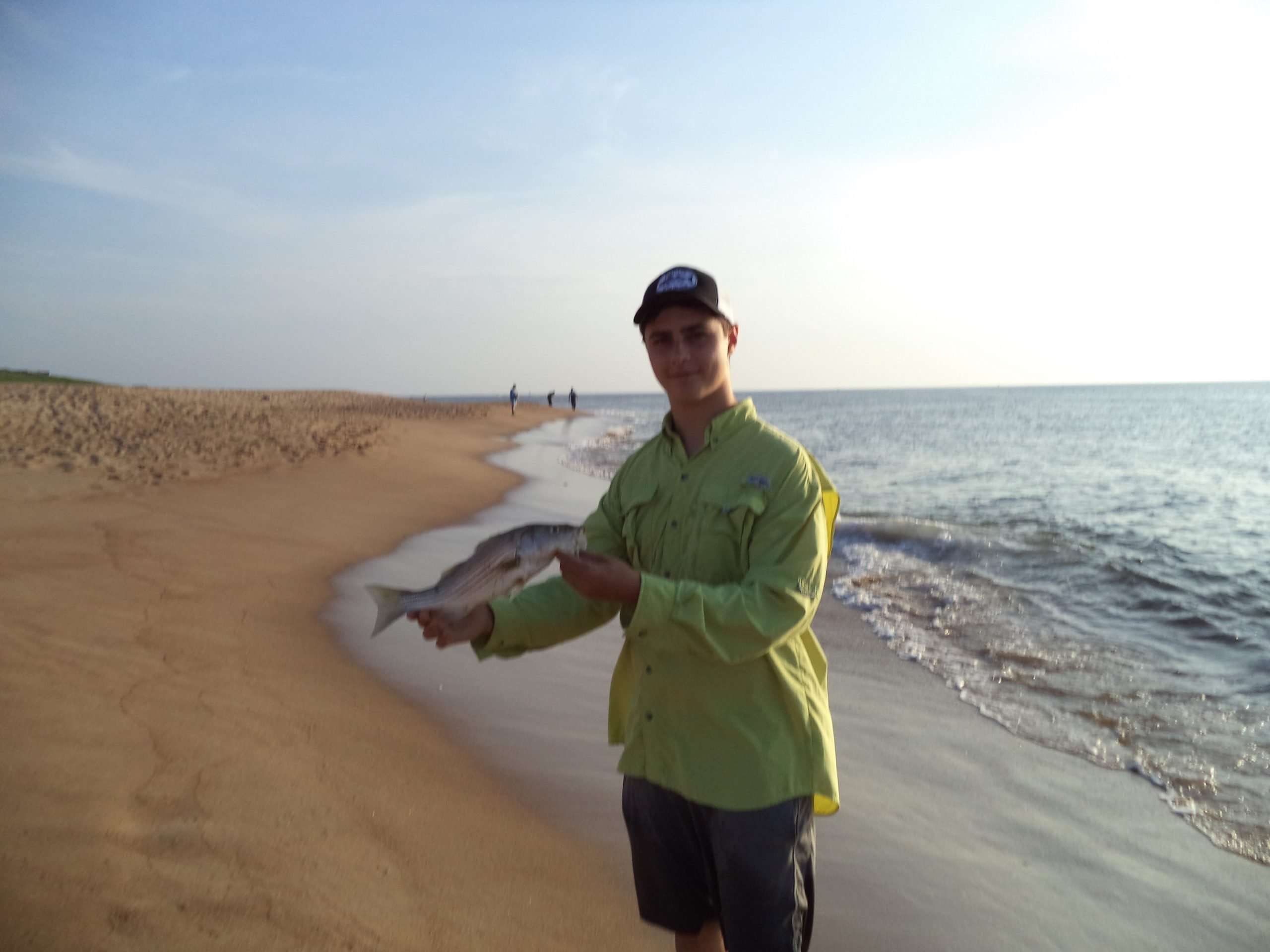 Posted at 20:45h in Uncategorized by Steve 1 Comment
0 Likes

I had my first clients of Plum Island Surfcasting Guide Service this past Sunday morning. I was joined by Jake and his father Pete whom live in Newburyport. We met at Surfland and hit the beach front  sandbars around 5am. I was impressed as both were competent surfcasters and we all quickly had a hit and missed a few small fish. We continued to work our way north up the beach, systematically working all the holes and bars. Unfortunately, the fishing was pretty slow. There were a lot of other surfcasters working the beach and I saw only a few people hook up. Eventually Jake broke our skunk and landed our one and only schoolie of the morning (to be honest, I like seeing the little guys, means good things for the coming years!). 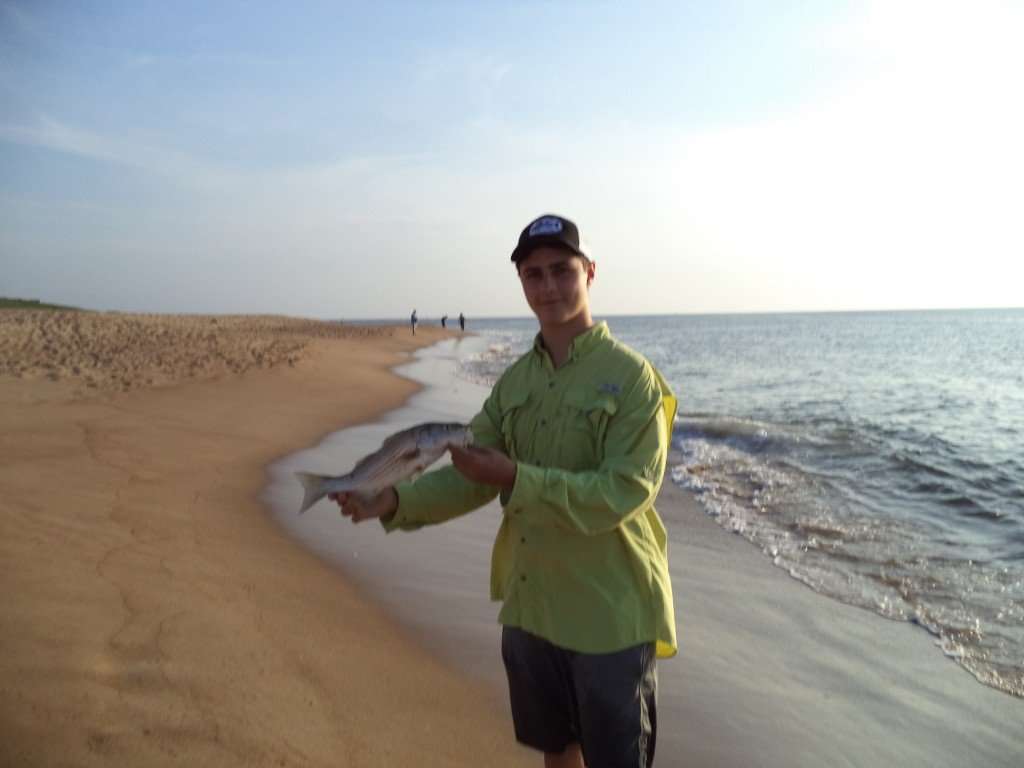 I’d like to say thank you to Jake and Pete for an enjoyable morning of fishing and being great first clients! On a side note, I got an email from Jake on Monday letting me know that they returned down to that area later Sunday evening and Jake managed a nice 27” fish….way to go man!!

In other news the fishing has overall seemed hit or miss for the past week or so. One night you can bang schoolies one after another, other times it’s dead as a doornail. I think it’s just a matter of moving and finding where the fish are holding. There seem to be a few nicer fish mixed in but again, they seem to be fewer and further between than the little guys.

I’ve been putting in a lot of time fishing over in Ipswich on and around Crane’s Beach. The action here has not been much hotter, but the fish you will catch seem to be a lot bigger. Last Friday and Saturday morning I managed a nice 30” fish as well as a 39” 24lb slob. I was kicking myself that I did not get out to buy a new digital camera last week (my other one went for a swim….) The big girl is still out there swimming but the 30 came home for the grill. 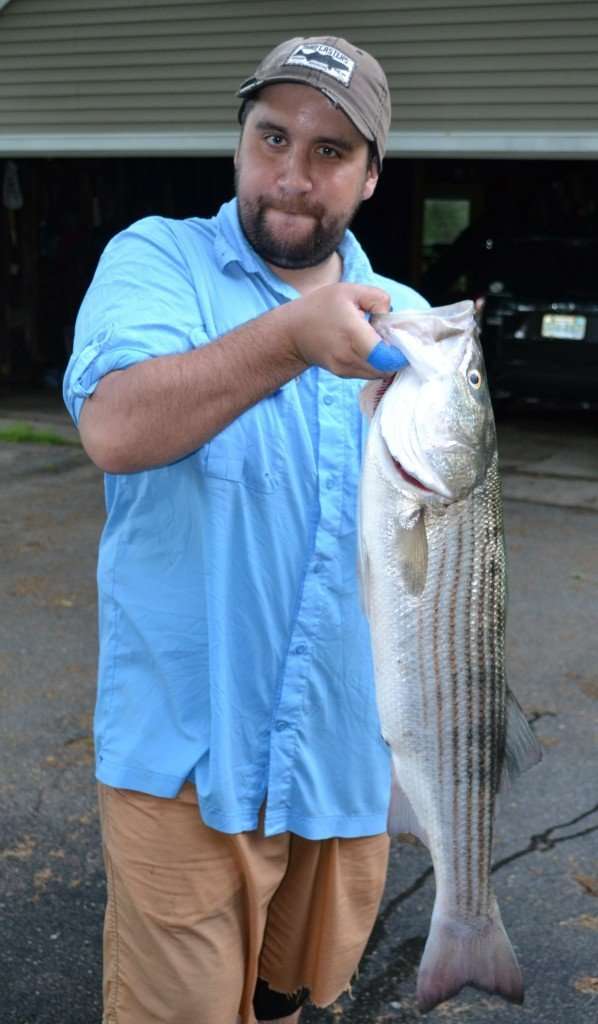 I think the fishing is just about to get real good, the weather has been on a roller coaster ride the last couple weeks, but once we get a consistent stretch I think things will blow wide open. Surfland’s Liz mentioned in an earlier report  this week that a few anglers got caught out on one of the sandbars on an incoming tide and needed lifejackets from the harbormaster to swim back to the beach. I cannot stress enough how careful you need to be when wading to these outer bars. Doing so on an incoming tide is NEVER a good idea, regardless of how careful you think you are being. Be conscious of your surroundings and be smart out there, I’m sure those guys won’t make that mistake ever again.