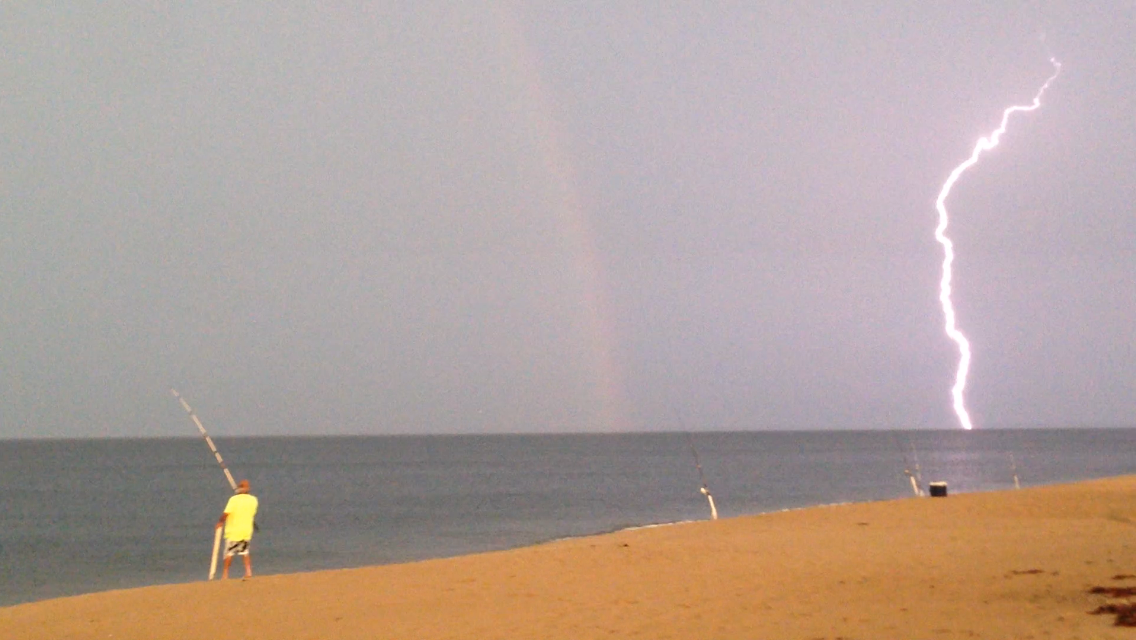 What a lighting show yesterday. I was a bit scary, especially if you were on the beach. Our thoughts go out to the families of the women from Crane’s. Even over on our side there were some reports from the fishermen that they felt tingling sensations in the arms and legs. This is a picture of Terry Murphy was taken by Paul Winchester on the beach yesterday. Crazy! 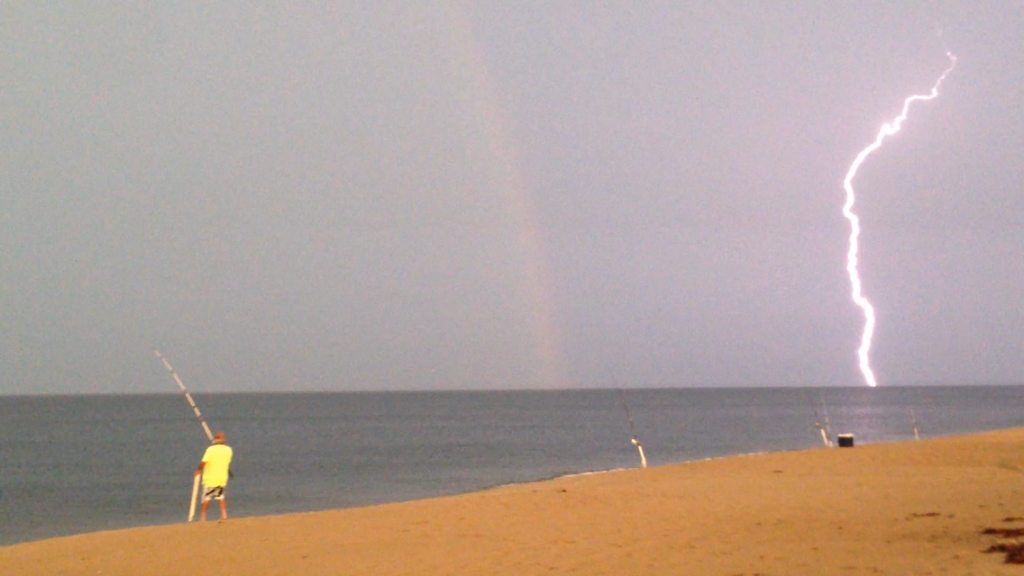 Back to fishing. During the day yesterday we heard of a 24 pounder taken on worms by Joe, one of the drive on fisherman. I believe he was south of lot 3. Then at night The Kelly’s took a newbie out. Zack from Riverfront Marine is a boat fisherman but headed out with the crowd to fish live eels on the refuge. They all caught fish in the 30+ ” and up range. Zack is hooked!

Today we had Mr. Ian Morgenstern, 13 year old from Pelham, NH come in with his 7 pound catch. Ian was fishing lot 7 on the PRWR and used clams during the beginning of the incoming tide. 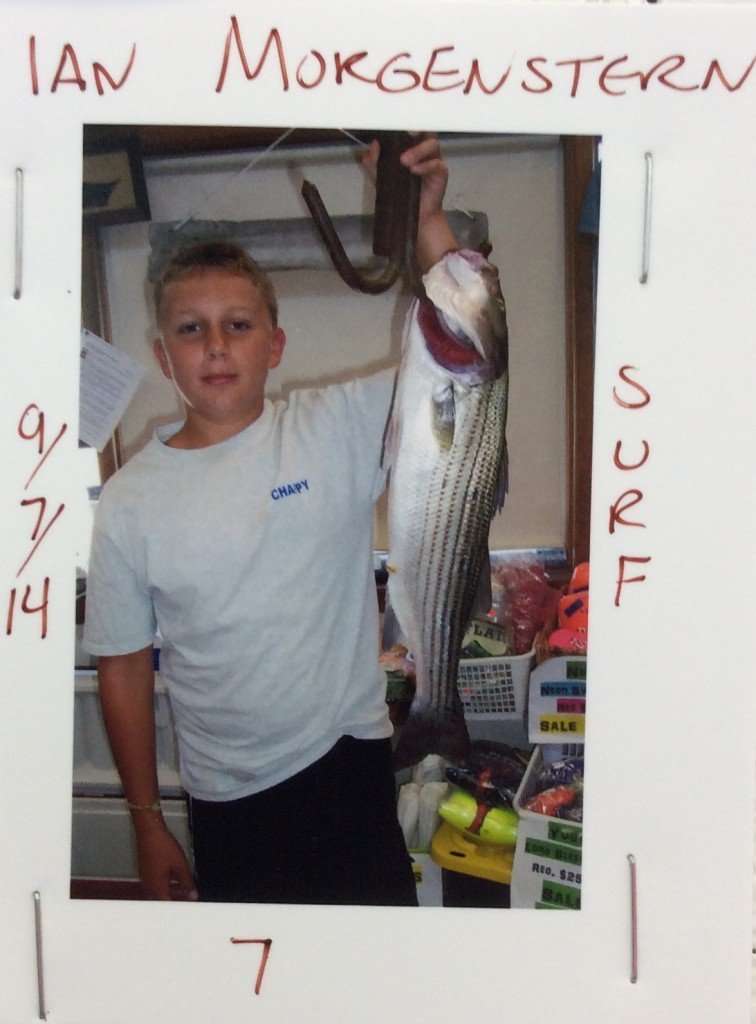 Other news, there have been snapper bluefish in the Parker River. Get the sabiki rigs out or a snapper popper rig and go down at high tide. That’s when most people have hit the little toothy critters.

Bigger bluefish have been reported in the 50 foot water mark and out deeper. Mackerel???? Where or where are they. Still haven’t seen or heard of any.