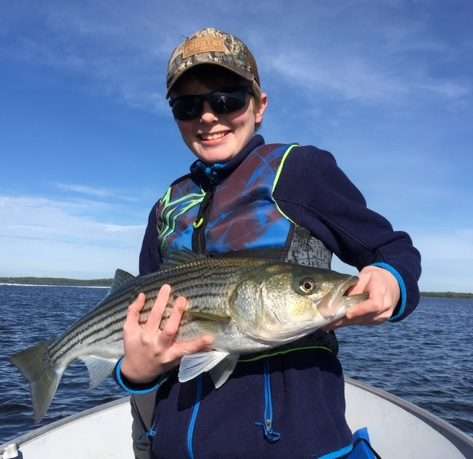 Sam Mollineaux was fishing Joppa this weekend with his father Steve. Throwing a 5″ Savage Sand Eel Sam landed this beautiful 27 incher. They caught lots of schoolies, but this fish won the day. Way to go Sam! 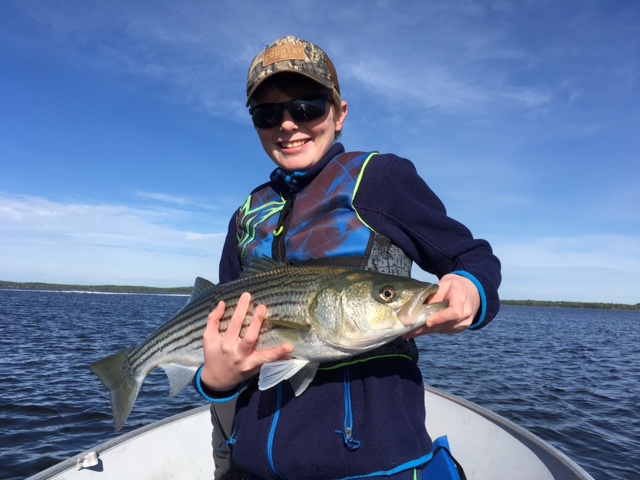 Saturday before sunset, Shelby from Texas went fishing from the front beach when she caught this double hook up. Small fish, but she looks happy! Bass Assassin with a chartreuse teaser was they way to go for Shelby who also out fished her boyfriend Chris. Way to go Shelby, show the boys how to fish! 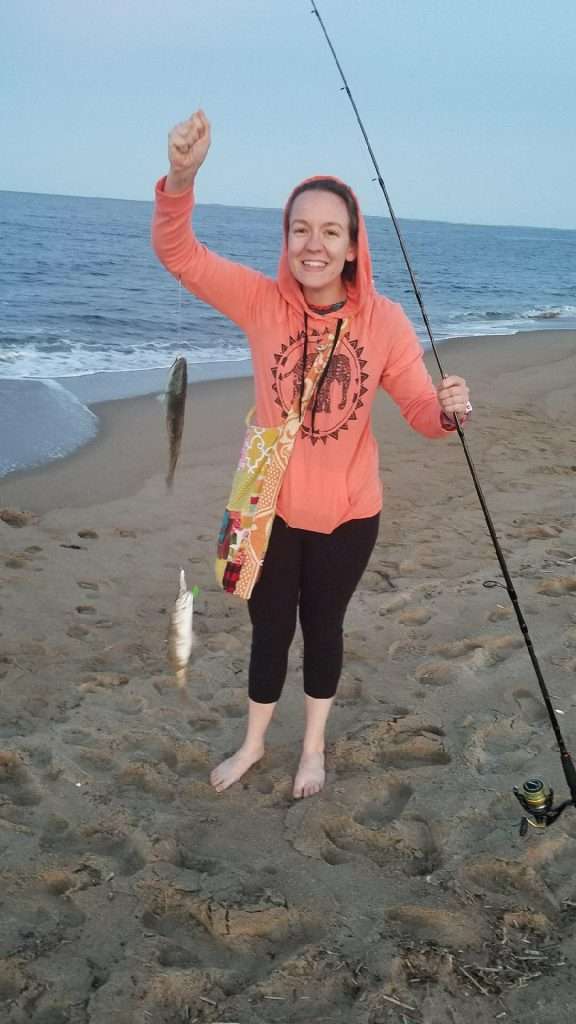 Saturday night just before closing Saray Lorn from Lowell caught this 29″ striper right out front on a black back Savage Manic Prey Swimming Lure on his 3rd cast. Congrats Saray! 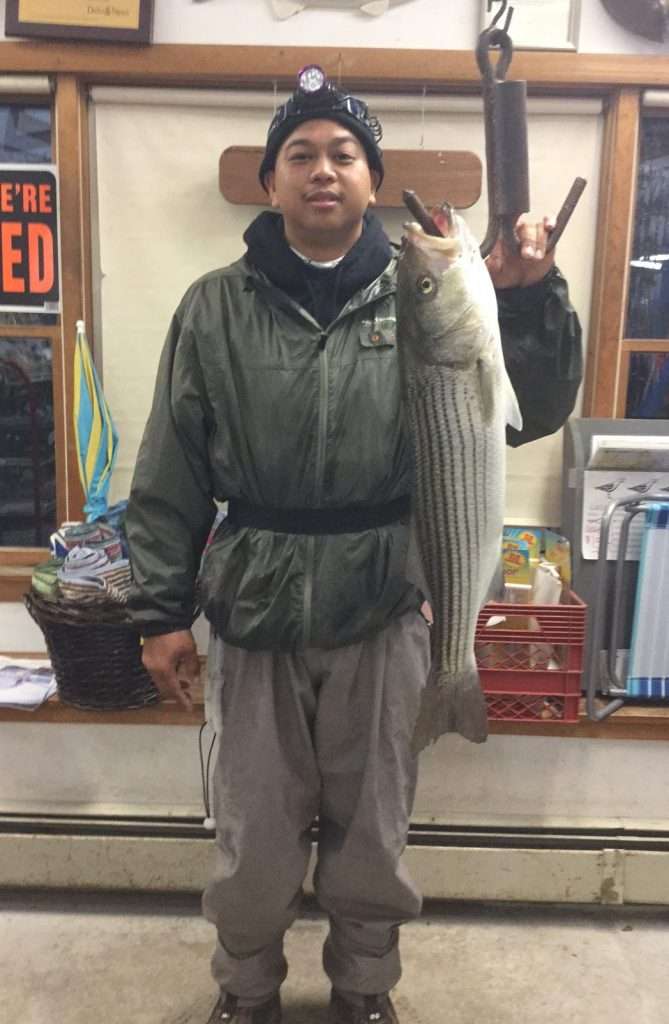 Saray also sent me these pictures in from the beach. 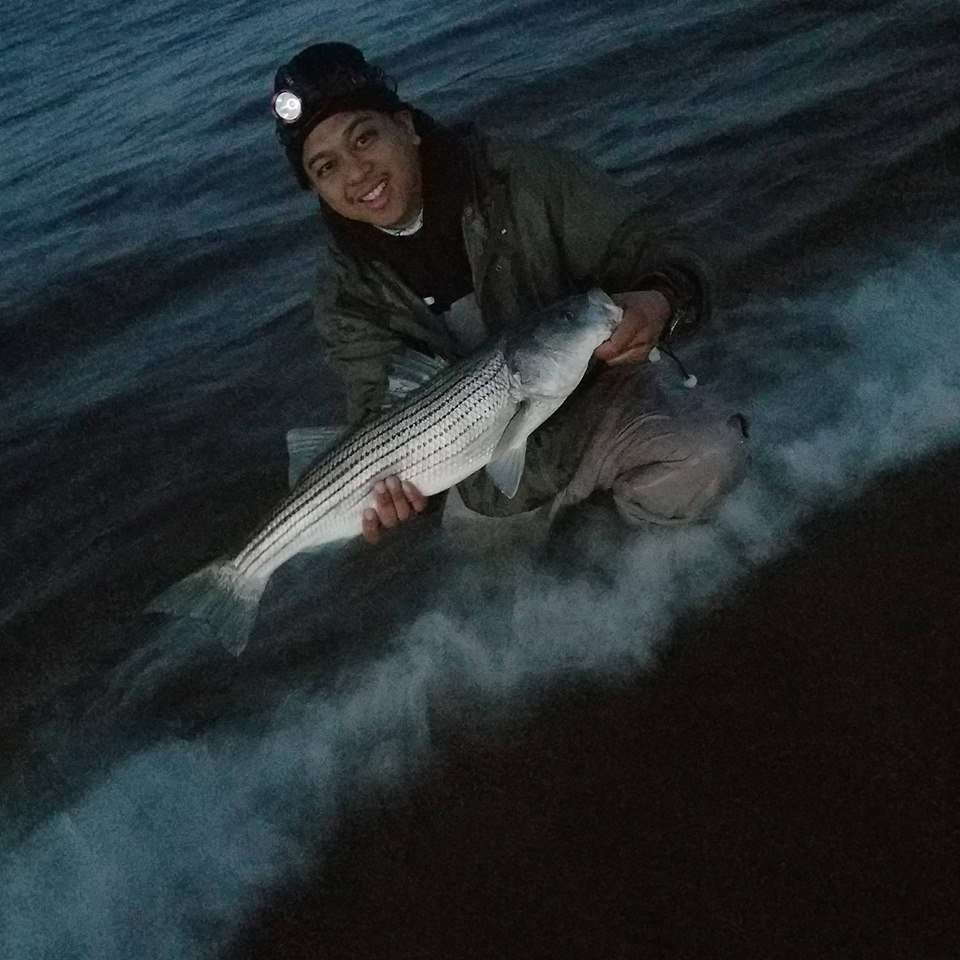 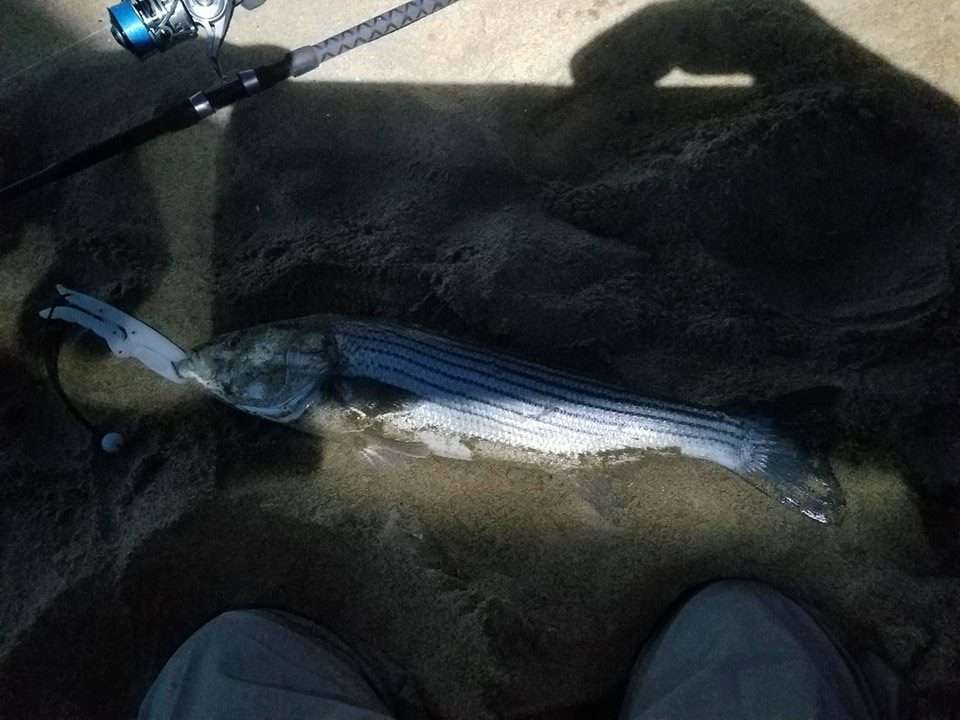 Sunday morning John Paul Jimenez from the island came in to weigh his catch in. John’s fish weighed in at 14-12 pounds and he caught it using a swimming lure while walking the front beach. 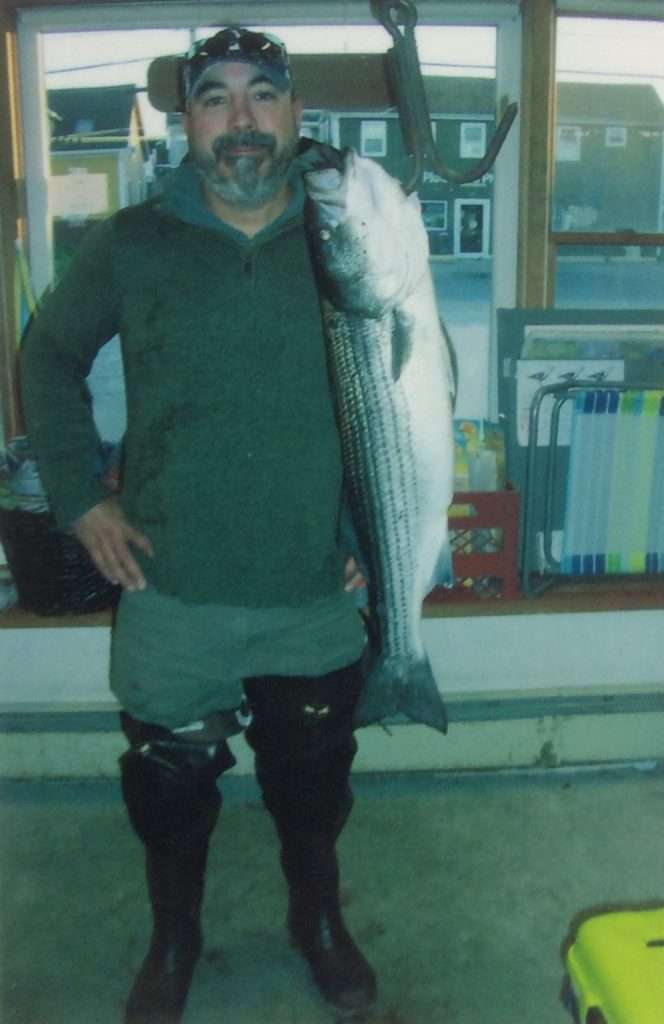 And news today………..lots of fish at the mouth of the Merrimac for the low tide……and almost any tide. John Liss from the island headed to the mouth several hours before the low tide and the fish were already in action. John said the tide didn’t make a difference. John keeps count on his counter (pictured) of the fish he catches. John was using a Zman jig head with a Power Bait Shad on it. That’s his bait of choice. Then Earl showed up just about low tide and caught about 35 fish. John said that most of the fish were under 20 inches with a few over 22 inches. 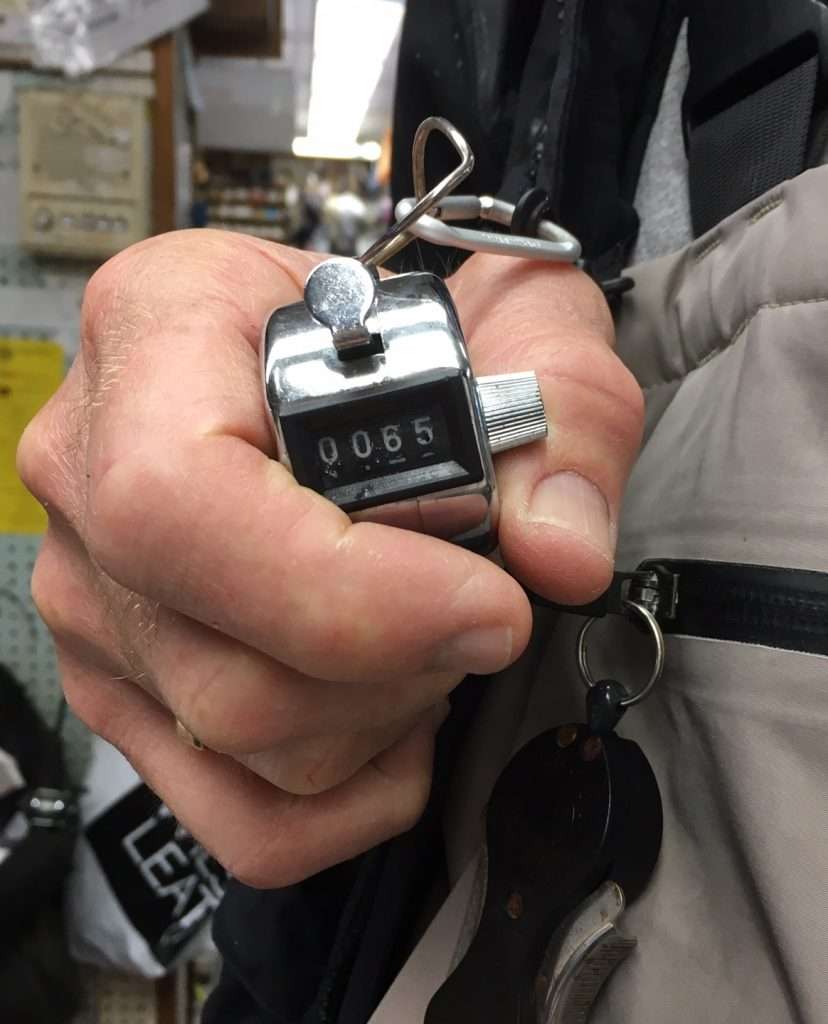 So there’s the weekend round up. Lots of fish in our area. It has so far been a fantastic year.